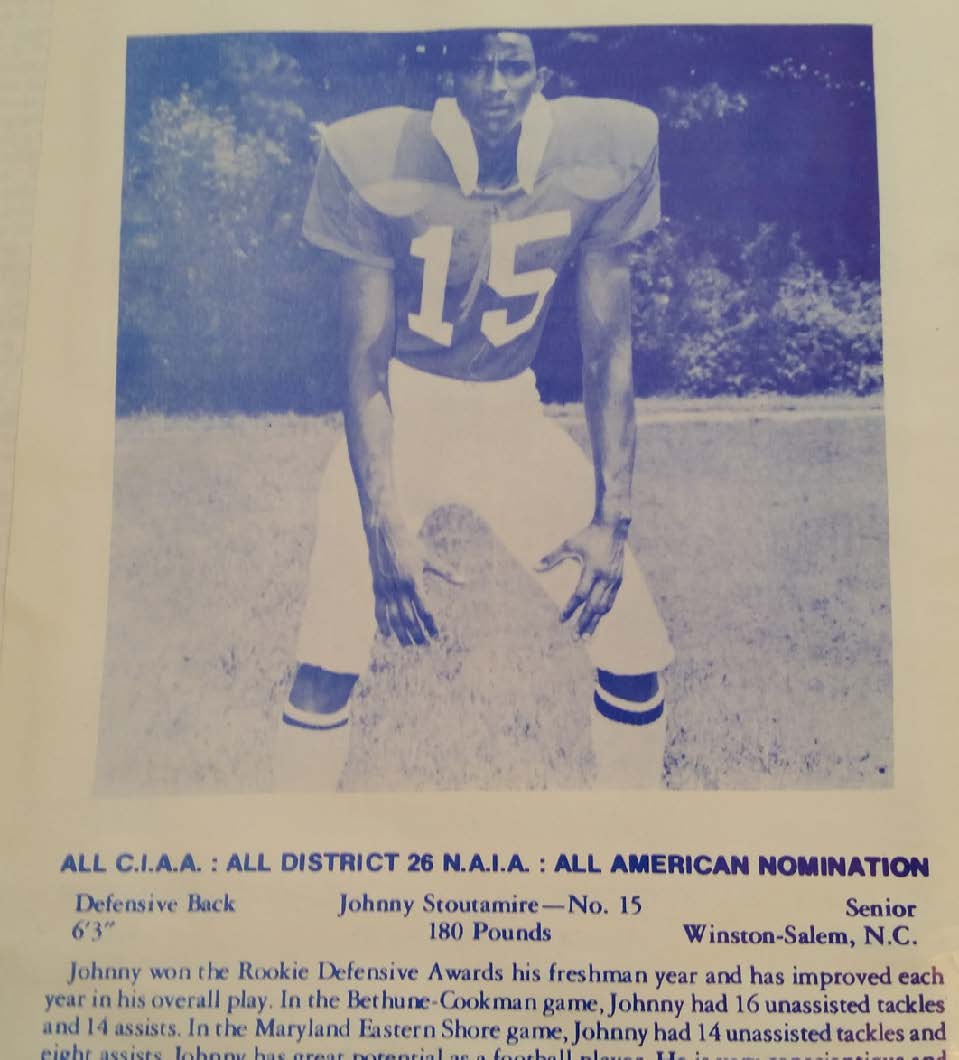 Johnny Stoutamire Jr. of Livingstone College was inducted into the 2021 CIAA John B. McLendon Hall of Fame Class on Friday, Feb. 26, during a virtual CIAA program.

A 1977 Livingstone College Football Media Guide reads, “Stoutamire might have been the most talented player to ever walk on the Livingstone College football field.” In 1978, he signed a deal with the Buffalo Bills and also spent time with Pittsburgh Steelers and Washington Redskins before his NFL career finished in 1982. Click link for full story.