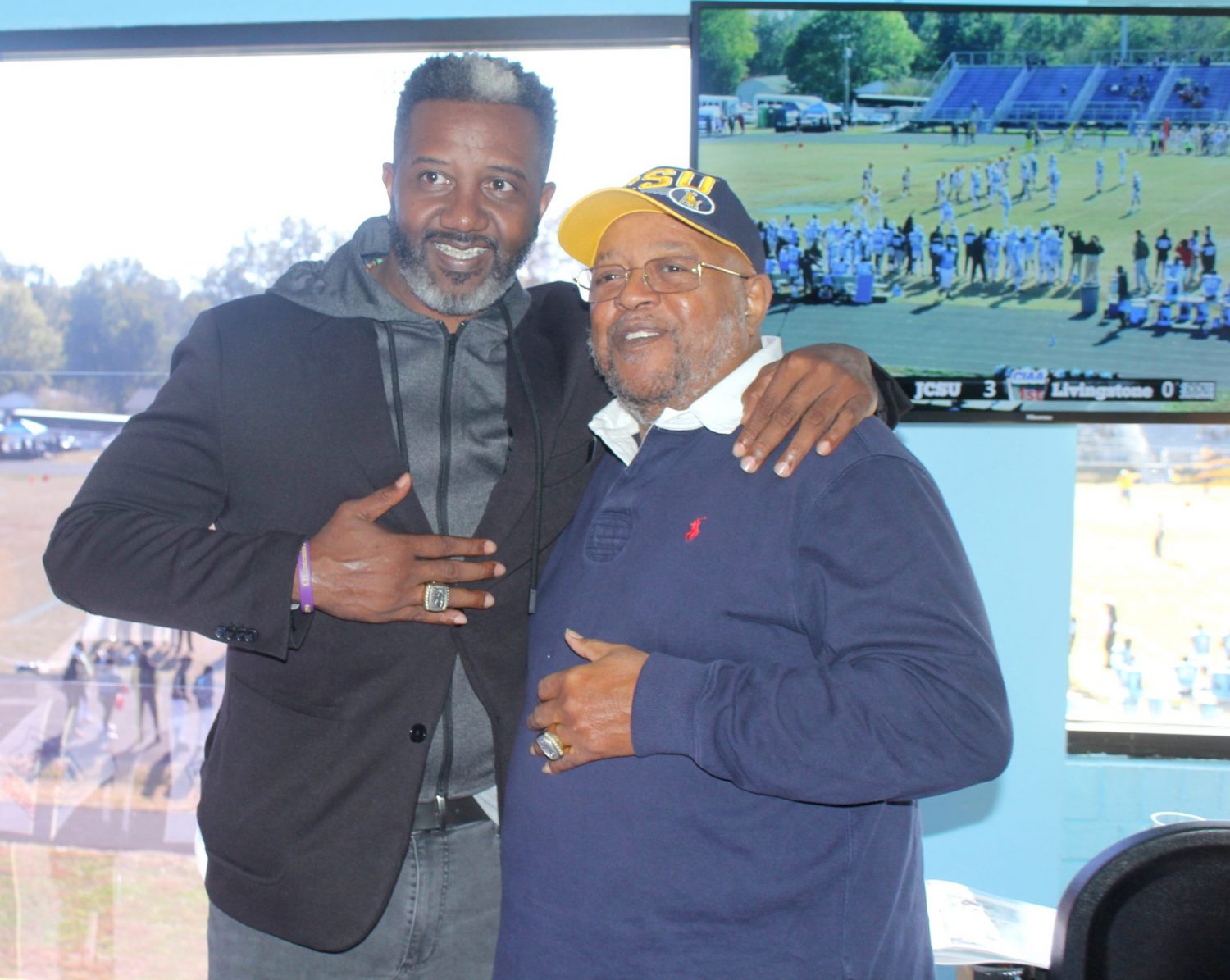 It was Dec. 27, 1892, when Johnson C. Smith University, then Biddle Memorial Institute, traveled by horse and buggy to Livingstone College to play the first organized black intercollegiate football game. In 2009, at the invitation of Livingstone President Dr. Jimmy R. Jenkins, Sr., both schools began the annual Commemorative Classic, which is the last regular football game of the season, and created the Hall of Fame.

Each received a Commemorative Classic Hall of Fame ring at the program, held Nov. 7 at the Livingstone School of Hospitality Management and Culinary Arts.

Veale, a native of Lewiston, excelled as a student-athlete, rising to the ranks of team captain of the Blue Bears football team. In his sophomore season, he played in the Historic Classic Centennial Game in 1992 against Johnson C. Smith University at Livingstone College. One of the most memorable highlights recorded was in a game against the University of West Georgia when Troy amassed three interceptions and close to 20 tackles.

In 1994, Veale received CIAA Defensive Player of the Week three times. That year, he was also selected for the All-CIAA First Team, was Defensive Player of the Year Runner-Up and Black College All-American Second Team. Veale also received the Horace Ballard Athlete of the Year Award. He led Division II with 138 tackles and was the second leading tackler in the country among Division I and II.

Veale co-founded One Love Periodic Services, Inc. in 1999, which provides resources for children as young as five years old, and counseling and therapy for adolescents to young adults with substance abuse issues, neurological disorders, and emotional and physical challenges.

In 2016, he founded One Love Laboratory, which performs toxicology and pharmacogenetic testing to assess a person’s potential positive or negative response to medicine in order to change the way pharmaceuticals are leveraged within healthcare.

Walker, a native of Roselle, N.J., became an outstanding football and track athlete at JCSU, but also played basketball. He earned a starting position as the quarterback his freshman year and became a four-year letterman. He was Coach Eddie McGirt’s first quarterback and for the rest of his tenure, JCSU ranked near the top of the CIAA standings.

After graduating from Smith, Walker worked for the Department of Justice and Immigration in Chicago, N.Y., and retired in Washington, D.C.

At the Nov. 9 Commemorative Classic game, a special commendation was presented posthumously to Dr. Larry Melton, the first inductee into the Commemorative Classic Hall of Fame and a member of the Livingstone Board of Trustees. Melton died on July 18, 2019. His wife, Evelyn Melton, and son accepted the award.