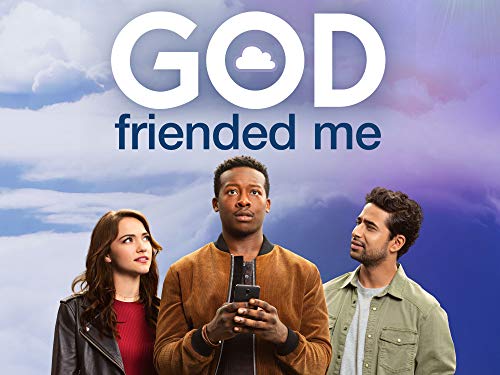 Imagine playing an atheist and getting a friend request from God on Facebook; or running for mayor to promote your mixed tape and unwittingly winning the race.

These are the starring roles that have propelled Brandon Micheal Hall to center stage of a burgeoning acting career.

The actor, who hails from Anderson, South Carolina, will be the guest speaker at Livingstone College’s annual Fall Convocation on Thursday, Oct. 29, at 10 a.m.

Hall, who was raised by a single mother, a minister, unabashedly shares his strong spiritual foundation and how that structure contributes to the actor and man he is today.

His latest TV series, “God Friended Me,” ended after two seasons on CBS this past April. In it, Hall played Miles Finer, an outspoken atheist with a podcast who receives a friend request from God. He and a journalist friend ultimately accept God’s friend suggestions and inadvertently begin helping people in need.

His first TV series was “The Mayor,” in which he played Courtney Rose, an aspiring rapper who ran for mayor only to promote publicity for his music but ends up winning.

Hall attended Pendleton High School in Anderson before transferring to the South Carolina Governor’s School for the Arts & Humanities, in which he received the 2019 President’s Alumni Award. He later attended and graduated from The Juilliard School in New York City, New York.

The convocation serves as a rites of passage for freshmen students who are ceremonially inducted into the class during the program. Due to social distancing guidelines, only 100 freshmen will attend the program in person at Varick Auditorium while the rest of the campus community will participate via Zoom.

“We are excited about the energy Brandon Hall will bring to our program,” said Livingstone President Dr. Jimmy R. Jenkins, Sr. “We feel confident that his background, success and life lessons acquired at such an early age will appeal to our student population and leave a great impression.”

The program will be livestreamed for the public on the Livingstone College official YouTube channel.