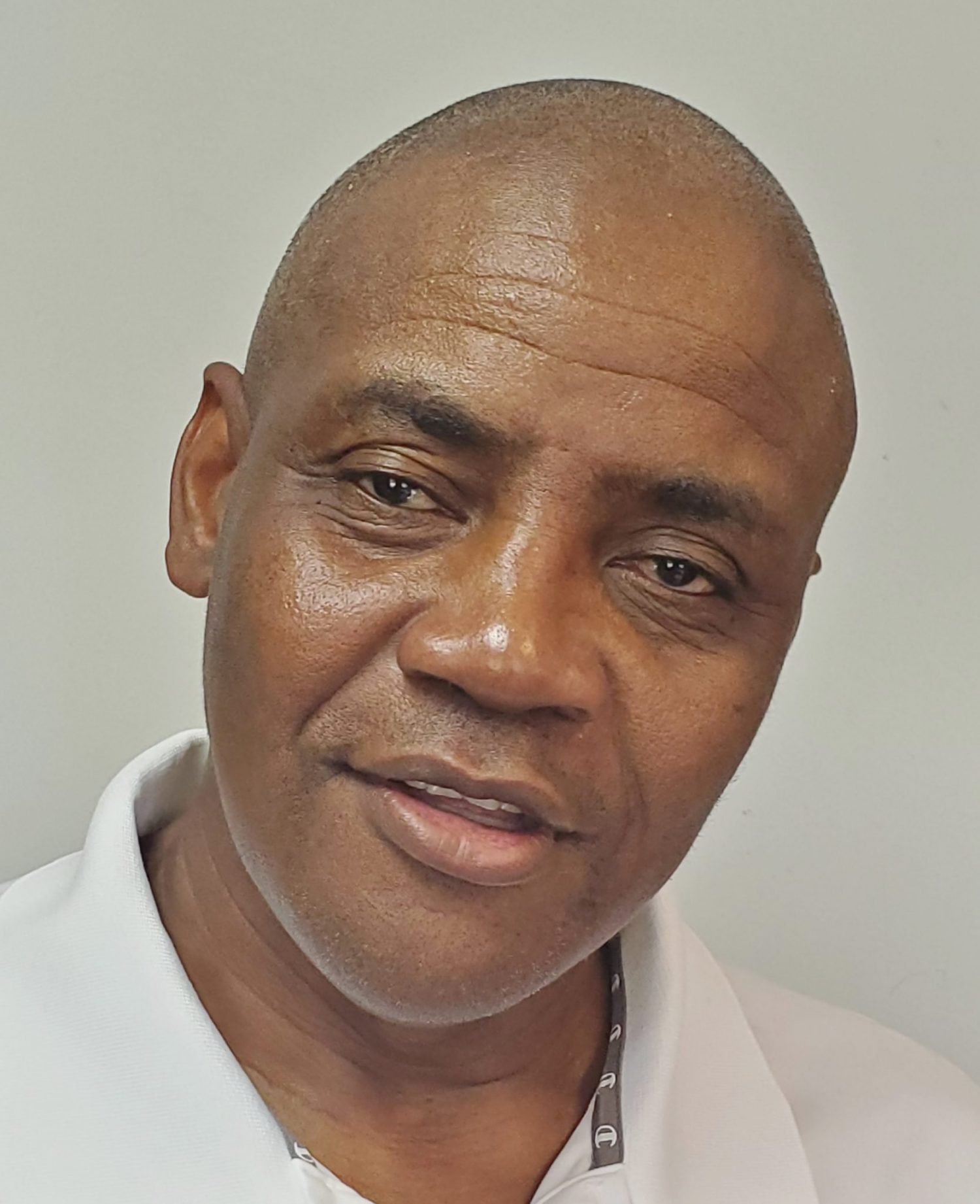 SALISBURY – At Livingstone College, there are several consistencies that students can count on – assemblies on Wednesdays; the singing of the school’s alma mater; and Mr. Henry always having a piece of candy in his pocket.

Henry Mawolo, a towering figure with a distinct foreign accent, works with the IT (information technology) Department at Livingstone College, but has made himself useful in so many other aspects of the school’s operations. He’s a big brother, a father-figure, a chaperone, an ambassador – and runs his candy ministry.

He shares candy with an intended purpose; whether it’s to an anxious incoming student at registration; a nervous parent of a first-time college student; a staff member having a bad day; or simply to spread good cheer.

On last week, Mr. Henry became something more and can add another title to the list: a naturalized citizen of the United States of America.

On Sunday, Mr. Henry celebrated his citizenship with his church family at Soldiers Memorial A.M.E. Zion Church in Salisbury.

“It is God who makes things happen,” he said. “I am now a citizen. I am no longer an immigrant and my church recognized me for that.”

It has been a long road from Liberia to citizenship for Mr. Henry. He came to America during the second Civil War in Liberia and attended Livingstone College. He received two foreign scholarships to attend Livingstone: one from Liberia and the other from the Liberian Bureau of Maritime,

Prior to arriving to Livingstone, there was a change in the maritime leadership and his scholarship was not honored. “But thank God Livingstone and the A.M.E. Zion Church was able to help me. I worked hard and diligently to pay my tuition,” he said.

Mr. Henry graduated in 2004 with a degree in computer information systems After graduation, he volunteered at Livingstone, working in the library, computer lab and with residence life while holding down a part-time job elsewhere. In 2008, he was hired by the college to work with IT.

“Mr. Mawolo has proven to be an invaluable addition to our Livingstone College family,” said Livingstone President Dr. Jimmy R. Jenkins, Sr. “He is always available to lend a hand and help whenever and wherever possible. Livingstone College is a gateway to a better life and experience for many foreign students, which mandates our mission to take students from where they are to where they need to be to command their rightful place in the global society.”

As a U.S. citizen, Mr. Henry now has access to privileges that were not afforded him before. “The main thing is that I can now vote,” he said.  Other privileges include property and business ownership, becoming eligible for federal jobs, and other First Amendment freedoms.

One benefit also includes reuniting with family members abroad. Naturalized citizens can sponsor their parents, spouses, children and siblings to live with them as permanent residents. Mr. Henry is particularly fond of the latter.

“I can send for my son to come here to get his bachelor’s degree,” Mr. Henry said. His son is back in Liberia and has completed an associate’s degree in computer engineering.

Mr. Henry also has aspirations to earn a master’s degree and his doctorate. “If the Lord can help me find funding sources,” he said with hope.

While here, Mr. Henry has supported his family back home, in particularly a nephew who is now senior communicator at the Liberia Maritime Authority. In addition to his son, he also has an adopted daughter there.

Before arriving to America, Mr. Henry was actively involved in Liberia. He played professional basketball with the Liberian national team; served as a lab administrator for A.M.E. Zion University in Liberia; and was on the Full Gospel A.M.E Zion Church Board of Trustees.

During the war, he helped to find his basketball coach’s children who went missing. They were found and relocated to a neighboring country, he said.

America and his native Liberia have a shared history. Liberia was founded as a result of the American Colonization Society to settle freed American slaves who voluntarily relocated.

“The history is unique. People went back from America to Liberia to educate. What they learned here, they took there,” he said.

This is why Liberia has similarities to America. Its government is modeled after that of the United States and also its flag. The Liberian flag looks like the American flag except it has only one star. That one star represents Liberia being Africa’s first independent nation, he said.

“The United States is a country of laws and order. People come here for different reasons and opportunities, such as freedom of speech and freedom of religion. America protects others who are abused from other countries,” he said.

This Fourth of July holiday – when America celebrates its independence – will be extra special for Mr. Henry. Usually he is escorting a group of Livingstone students to the Kannapolis Intimidators Stadium for fireworks. As the national anthem is being played, he will sing it for the first time as a U.S. citizen.

“It will resonate more with me,” he said, as he recited the lyrics with a beaming smile:

“… And the rocket’s red glare, the bombs bursting in air,
Gave proof through the night that our flag was still there …”

He especially likes the part about the flag.

As a naturalized citizen, Mr. Henry is now more intimate with America’s history and ideals and is proud of the road it took to get him here.

“It’s not easy to become an American,” he said. “It took years for me to become one.” 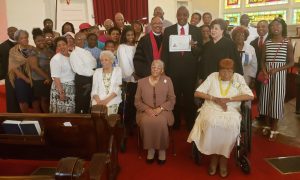