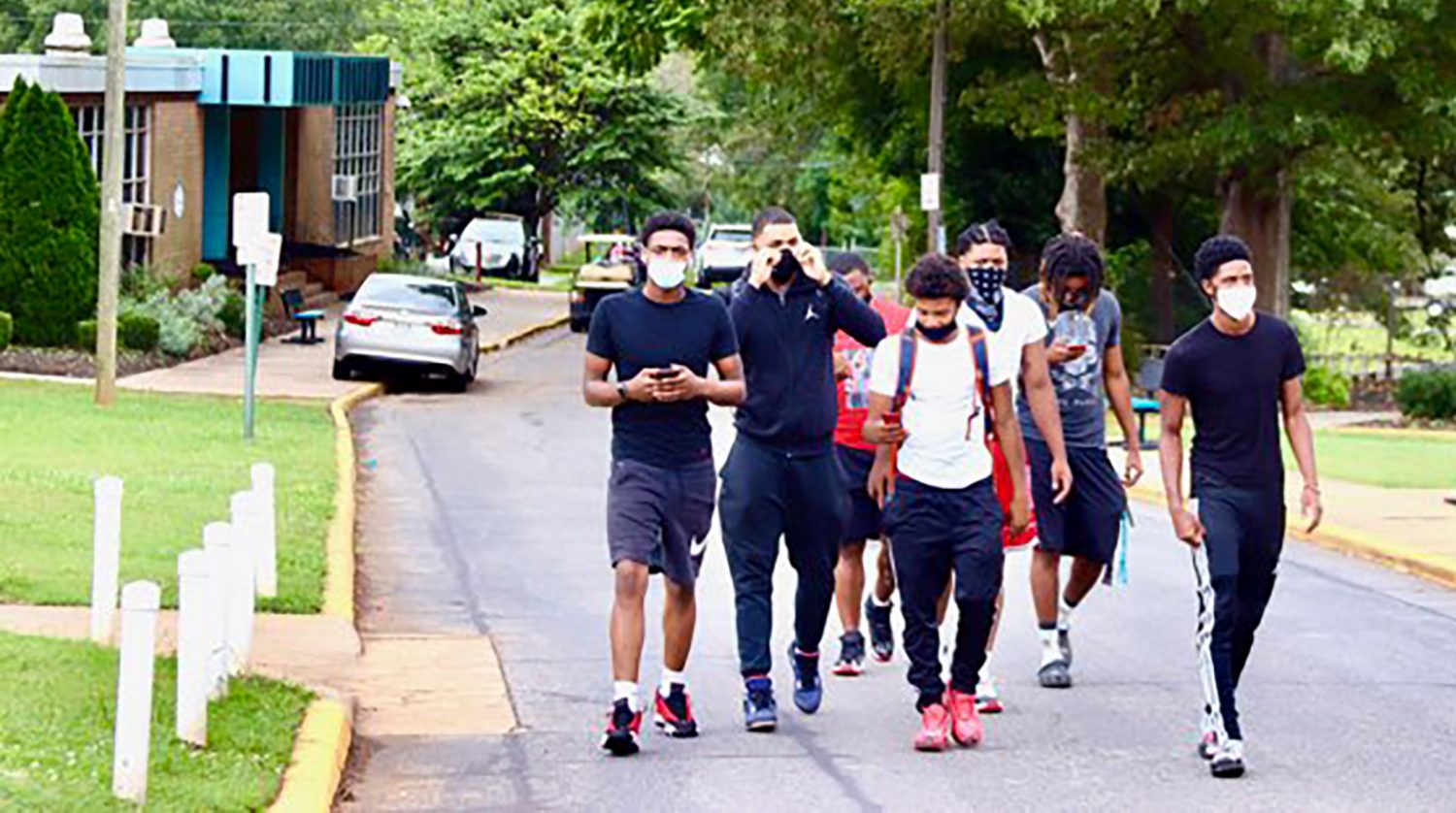 Chief Operating Officer Anthony Davis said if the college did not feel confident in its safety measures, it would not have invited students back to campus.

The college has taken on a litany of prevention measures as part of its re-entry plan. Everyone on campus, faculty, students and staff, were tested for COVID-19. The campus was also sanitized with electrostatic sprayers ahead of students arriving. An antimicrobial finish was applied to surfaces, and there are hand sanitizing stations throughout the campus, along with enhanced cleaning protocols and a mask requirement.

Davis is happy the college is able to have in-person classes at all and said the college saw some transfers from students who felt safer with the level of prevention measures at Livingstone.

Davis said it is especially important for the college to take on the additional protocols, which by and large exceed those of other nearby colleges and universities, because Livingstone is a historically Black college, and the African American community has been disproportionately impacted by COVID-19.

Davis described the campus as a masked community. Students who live on campus and arrived over the past week were tested before they moved into their rooms. The college wants to identify anyone who could be an asymptomatic spreader so it can stop people from unknowingly infecting others.

Putting it simply, Davis said the college wants to keep its students safe.

Senior SGA President and criminal justice major Carlee Patterson said she has been adjusting to the new normal. The most noticeable change is having to wear masks all the time. In her position, she feels she needs to make sure she is wearing a mask and modeling for other students.

SGA has had to adapt as well, moving its programming online using conferencing software like Zoom and leaning on the campus radio station more.

Patterson said she was still getting a quality education when students had to leave campus in the spring as her professors were teaching via Zoom and sharing screens much like they would in-person. One professor had a presentation in the background and she said it made her feel like she was still in the classroom.

When the college closed in the spring, she had to travel back to her home state of Connecticut, but she missed North Carolina.

“I feel like it is home for me,” Patterson said.

Classes at Livingstone are a mix of in-person, online and hybrid this semester. Other institutions have made similar changes that allow them to reduce student density on campus. Patterson prefers being on campus and is glad to be back.

Jalen Robinson, a freshman who intends to major in business administration, had one in-person class and an online class on day one.

Robinson’s last year of high school was cut short in March, but he said the extra time off gave him time to prepare for college, hone his skills as a musician and learn more leadership skills at work.

He said he feels safe at Livingstone, and he never thought he would feel so secure on campus, adding that he thinks the college is doing a good job with its protocols. He lives on campus and spent his first few days at Livingstone seeing the campus, going through orientation, getting his room set up and socializing with social distance.