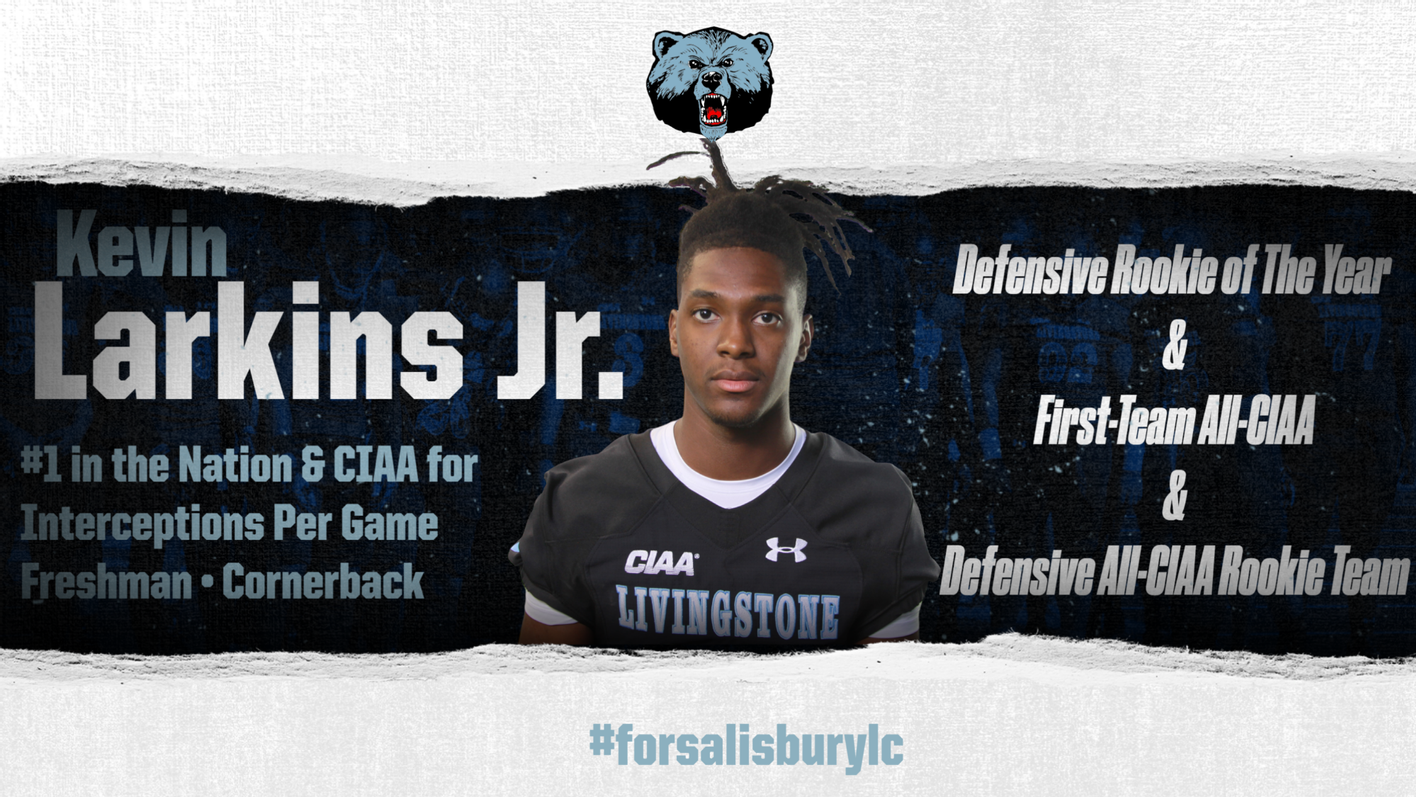 SALISBURY – Livingstone College freshman cornerback Kevin Larkins Jr., who ranks No. 1 nationally in interceptions per game with .9, has been named Defensive Rookie of the Year, First-Team All-CIAA, and Defensive All-CIAA Rookie Team, the CIAA organization announced on Friday.

“Coach Williams was out recruiting and called me and said he found a special one,” said head coach Sean Gilbert. “We could see it during spring practice as well as fall camp. His confidence was growing, his technique and his awareness were getting better and better.”

“Every practice, every play and every game he remained focused, and his mind was set on his preseason goals,” Gilbert said. “Defensive coordinator Mike Austin told him before the season started that his goals should be 8-10 interceptions.”

Larkins, who is a true freshman at Livingstone College, became the first CIAA player since 2019 to record three interceptions in a single game. In the 28-14 loss to Shaw, he logged nine total tackles (seven solo stops), three interceptions, and two pass deflections.

The freshman had two interceptions inside the Blue Bears’ 10-yard line and a third interception occurred on Livingstone’s side of the field. The Ft. Lauderdale, Fla., native racked up 20 return yards on his interceptions. Larkins was credited with a pair of pass breakups in the second half, both of which came on third down and forced a pair of Shaw punts.

“Kevin embodies focus, resilience and leadership. He has displayed these attributes as a freshman, and we are excited to see what is next in his football career,” Gilbert said. “Congratulations, Kevin, you are the Triple Crown Holder.”