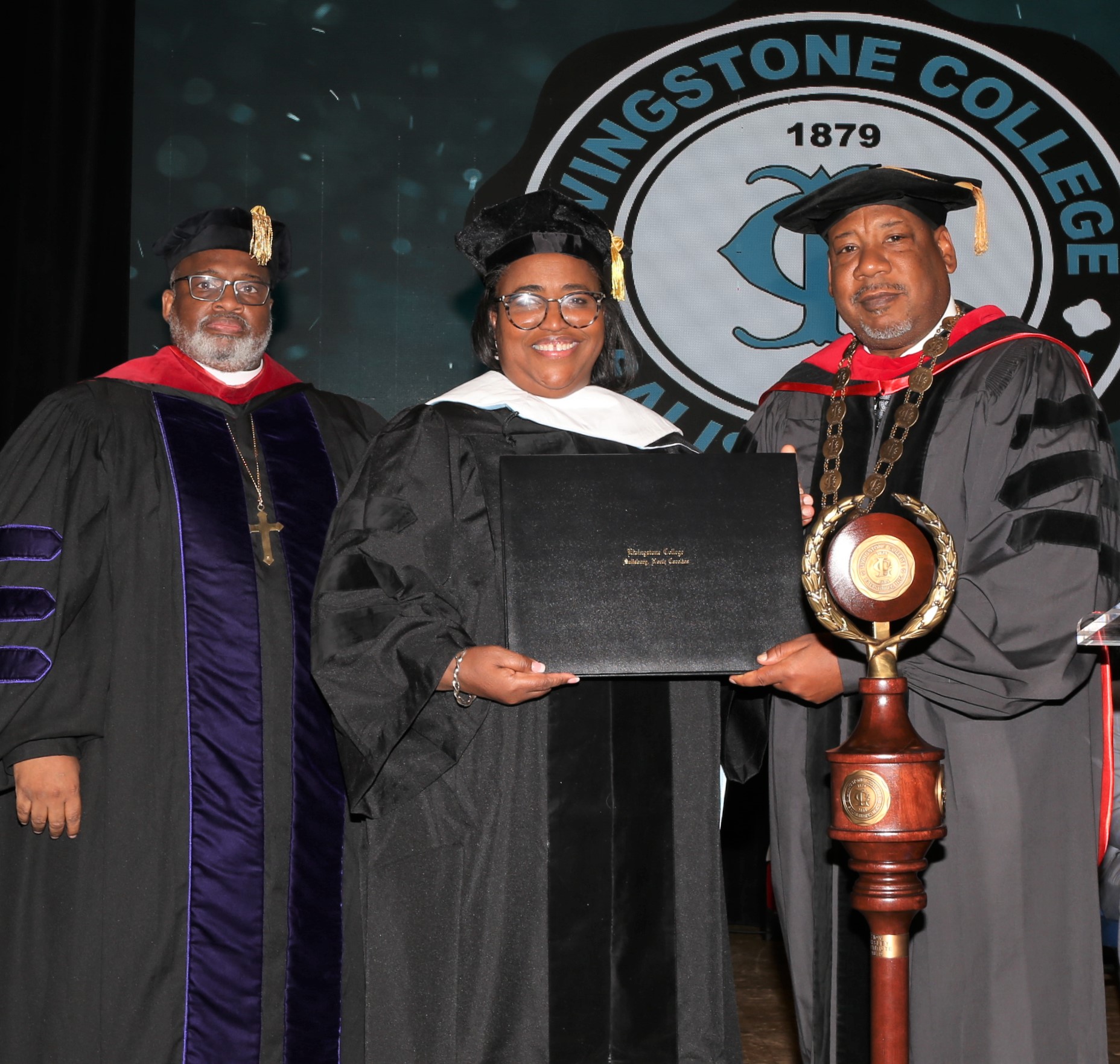 Livingstone College has added another distinguished member to its family of honorary degree recipients.

Livingstone President Dr. Anthony J. Davis, by authority of the college’s Board of Trustees, conferred upon Dixon the honorary doctorate degree in humane letters, following her commencement address to the graduating seniors.

Dixon serves as executive vice president and head of External Engagement for Diverse Segments, Representation and Inclusion for Wells Fargo. She received the honorary doctorate for her work with the company and as a champion for diversity, equity and inclusion.

“This has been a very emotional and moving day for me and my family,” Dixon said. “Never would I have thought that I would receive this honor.”

She thanked Davis for the invite and the honor as she mentioned how proud her mother would be if she were alive to witness this because she believed education was the great equalizer.

Dixon spoke to the graduating class about resiliency, relevancy and readiness – three branding points of the college under the leadership of its new president.

She told the graduates that they have everything they need to be resilient. “If you’re a believer and you are on this campus, which was founded on Christian principles, then you have what’s called the Holy Spirit … which rests and abides within you and will keep you no matter what.

Life is designed for you to have challenges but remember, you don’t have a testimony unless you’ve been through a test,” she said.

She told students that relevancy can be fleeting. “Your relevancy can go away tomorrow. It is not tied to your social media status … It’s more important for you to know how to assess and own your own relevancy.”

“God sits at the center of all things and therefore with Him, you can’t be irrelevant. It’s a matter of whether you choose to lean into your relevancy,” she said.

A college degree is a good step for readiness because it provides graduates with a credential that people can’t deny. “How you use that degree is another story. Do you use it for the stepping zone that it is to get to the next phase, or do you become complacent,” Dixon said.

Dixon said she doesn’t believe in failure. Life is a journey filled with experiences and some of those experiences don’t feel good. “Some people would define them as failures, I define them as strengtheners. If I understand that God has a plan for me … then I cannot fail.”

“There are going to be people who don’t like your light. You need to praise God for those people,” she said. “You need to love them.”

Davis, the 13th president of Livingstone College, presided over his first winter commencement program after being named president this fall. As he stood at the podium and looked over the crowd, he reminisced on his own Livingstone graduation ceremony in 2001. He remembered sitting in those very same seats as he awaited his chance to walk across the stage.

Davis spoke of his journey coming from the foster care system and how the numbers and statistics were against him ever receiving a college degree, let alone becoming a college president of his alma mater.

“Class of 2022, you will always be special to me for you are the first graduating class under my leadership as president,” he said.