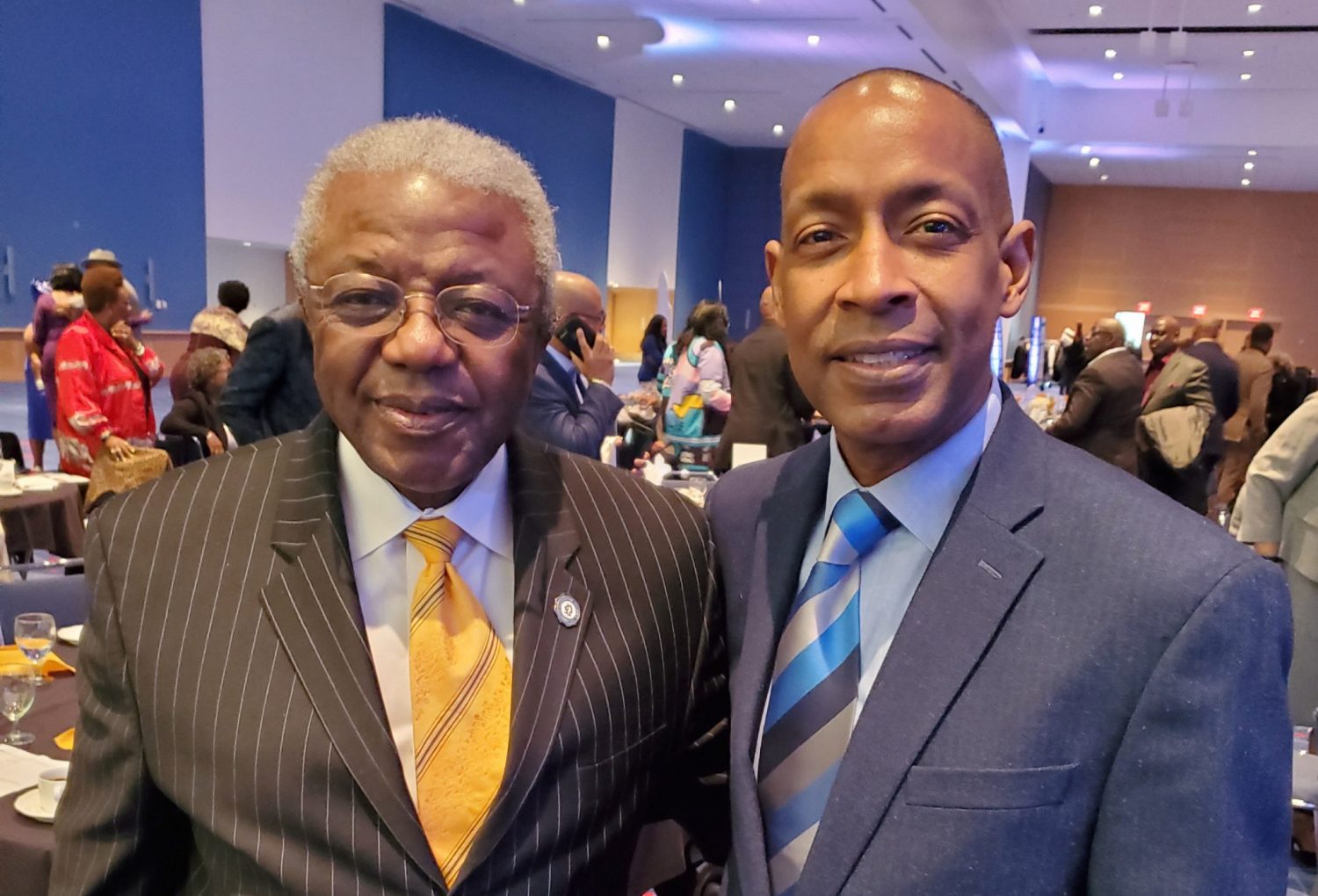 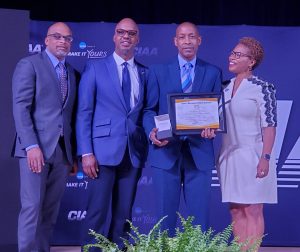 SALISBURY – Livingstone College graduate Antonio Davis, one of the greatest shooters in college basketball history, was inducted into the 2020 CIAA Class of the John B. McLendon Hall of Fame.

The induction took place at the Charlotte Convention Center during the the 75th anniversary of the CIAA Basketball Tournament on Feb. 28.

“To put these numbers into perspective, no other college player in NCAA history has ever completed even a season with 50/50/90 shooting percentages,” the CIAA program reads.

Davis averaged 22.4 points for his career and led the nation in scoring at 35 points per game during the 1987-88 season. He also led the nation in free throw percentage three times throughout his career, shooting 90 percent, 94 percent and 96 percent from the line over those seasons.

“You didn’t pass the ball at all, did you?”  joked Charlie Neal at the event, who interviewed each inductee in talk-show fashion.

He earned All-CIAA, All-District 26 and All-American honors while at Livingstone College and finished his career as the school’s all-time leading scorer with 1,800 career points.

“Antonio Davis is someone who epitomizes the caliber of student-athletes we produce at Livingstone College. His shooting numbers are unparalleled in the NCAA and we couldn’t be more proud of his well-deserved honor into the CIAA Hall of Fame,” Jenkins said.

“Every time we play a team coached by Davis, it is typically one of the most competitive games we face during the season,” said Livingstone Athletic Director Lamonte Massie-Sampson. “It was great to see an alumnus of Livingstone on the stage telling his story as it serves as a great inspiration to others who have a similar background.”