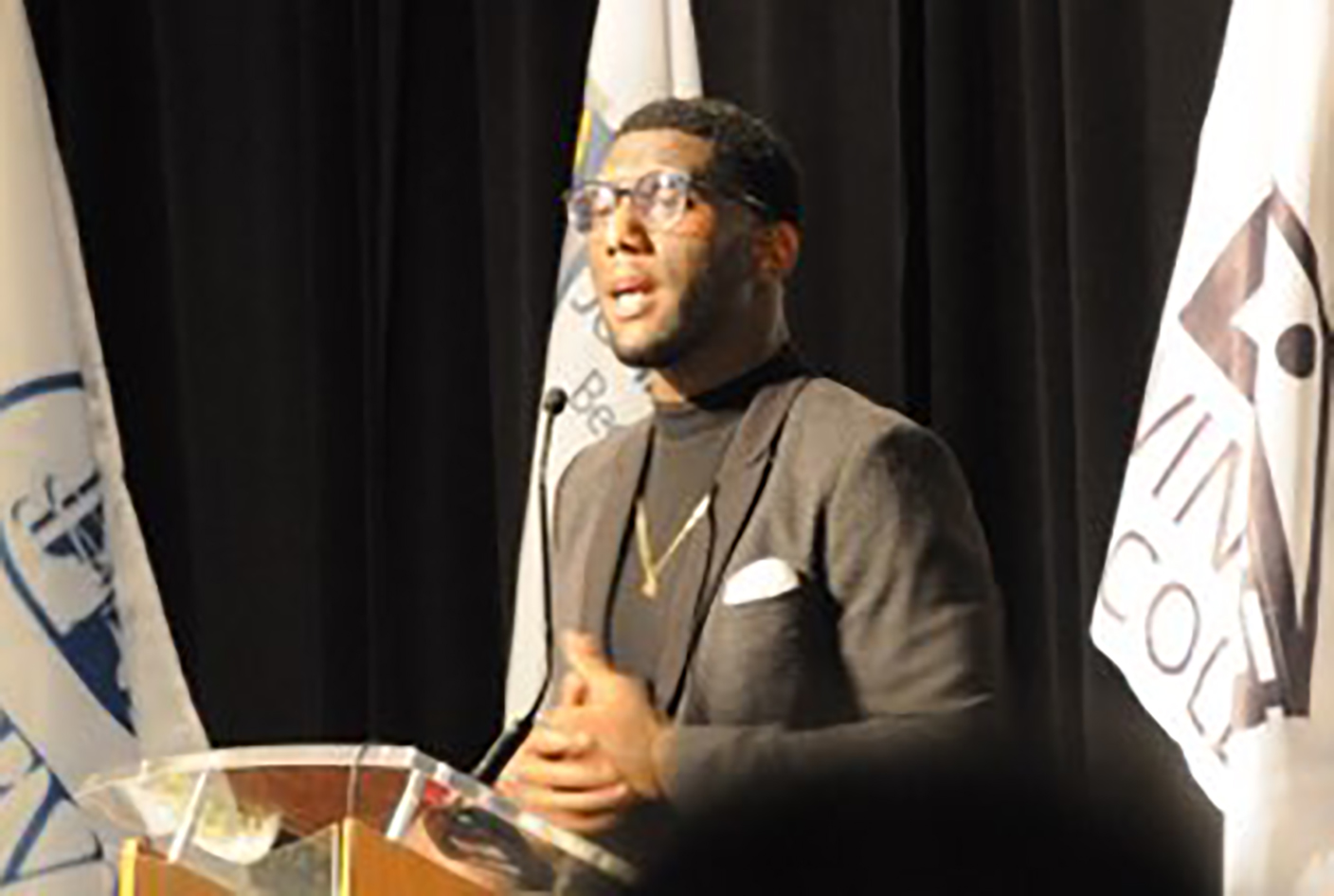 Officially named the William L. Wainwright Annual Scholarship Banquet, the purpose of the event is to raise scholarship funds for students of historically black colleges and universities.

McCorn, an award recipient of the Foundation’s scholarship, was selected to be the only HBCU student to give remarks at this year’s program on behalf of all scholarship recipients.

“In a political climate that encourages us to tuck our blackness into our back pockets, our HBCUs admonish us to wear it on our chests like Superman does; to wear it on our sleeves and walk around proudly,” McCorn said.

“Livingstone was my last chance,” he said. “But the success I have achieved since being there would not have happened had it not been for organizations like the Legislative Black Caucus. Your belief in and support of students like me will continue to fuel our fire and propel generations to go forward into success.” (Like Livingstone College’s official Facebok Page @Livingstone1879 to hear entire speech)

A former Morehouse student, McCorn is a senior at Livingstone College, majoring in sociology. He is an honor student who works at the campus radio station as an on-air personality as well as announces campus basketball games.

A native of Ellicott City, Md., McCorn aspires to dedicate his time and energy toward advocating for education reform as a lobbyist or through the nonprofit sector.

Earlier this year, he was a Tom Joyner Foundation Hercules scholarship recipient.

“Will McCorn commanded attention from the time he took to the microphone at the event,” said Kimberly Harrington, assistant director of public relations at Livingstone College. “The response was magnificent. He received a standing ovation. We are extremely proud of him and the impact he had on the audience.”

“He was amazing,” said Warren Arrington, Jr., president of the Livingstone College National Alumni Association and the Foundation’s treasurer. “I could have heard more from him. He was a great representation of my alma mater.”

The Foundation, under the leadership of Dr. Bobbie Richardson, chairperson, announced that based on the event’s success this year, it would be able to increase its scholarship giving to eligible students. To learn more about the N.C. Legislative Black Caucus Foundation or how to apply for the scholarship, visit www.nclbcf.org.