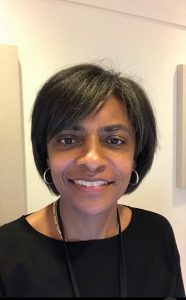 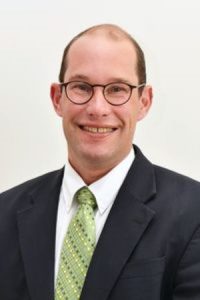 Two individuals and one community organization will be honored this weekend for the work they do to support the West End community during Livingstone College’s first home game.

The West End Classic is a partnership between Livingstone College, the City of Salisbury and members of the West End Coalition (West End Pride and West End Community Organization) that pays homage to the community in which Livingstone resides. This year marks the ninth annual classic game.

Butler, a 1949 graduate of Livingstone College and local educator, was a founding member of the West End Community Organization and served as president for more than 25 years. She was the first director of Miller Recreation Center.

“Our selections this year exemplify community service initiatives that supported relationship building and improved visibility of the West End community,” said Dee Dee Wright, who leads the West End Coalition. “These three will be the first to receive the award named after Butler.”

Evans, the daughter of Raemi Evans, registered numerous senior citizens for COVID vaccinations who did not have internet access or had difficulty making arrangements via phone, Wright said. She arranged for transportation for many of them to get to the designated vaccination locations.

She was also responsible for the repair and replacement of more than 65 city lights in the West End area; and for raising more than $4,000 to support swim lessons and free admission to the Fred M. Evans Pool each summer, Wright said.

Year round, Evans plans and supports youth literacy by supplying free books for students in grades K-12 at the Raemi Evans Little Library at the Fred M. Evans Pool.

Walser, who became the executive director of the Blanche and Julian Robertson Family Foundation in 2017, has overseen investments in community nonprofits and community improvements in the Historic West End, Wright said. He was deeply involved in the creation of the Bell Tower Green Park downtown.

Walser grew up in Statesville and attended the University of North Carolina at Chapel Hill, where he majored in business. He then went on to earn a degree from the UNC School of Law. He practiced law in Hendersonville, before joining The Land Trust for Central North Carolina in Salisbury in 1999.  He worked for The Land Trust for nearly 16 years, serving as its executive director.

He and wife Tracy of 25 years have two children: Ian, 21, a senior at East Carolina University, and Autumn, 18, a freshman at NC State.

West End Pride began when local residents were invited to meet with Livingstone President Dr. Jimmy Jenkins, Sr.  During the initial meeting, Jenkins explained that he wanted the College to partner with the community to improve the appearance and beautify the area.  After several months of meetings with Dr. Jenkins, the West End Pride organization materialized.

Since then, the organization has accomplished the following: held street cleanups; distributed Thanksgiving baskets for needy families; held meet-the-candidates forums; worked with the city to demolish condemned houses, extend sidewalks on Monroe Street and Brenner Avenue, and for new landscaping at Miller Recreation Center; beautified the entrance of the West End with a brick wall on Brenner Avenue; and secured a permanent sculpture from the Salisbury Sculpture Show on Monroe and Brenner entitled, “Community.”

“The West End Classic kicks off our football season by honoring members of this community who help make a difference through their respective contributions,” Jenkins said. “Janine Evans, Jason Walser and West End Pride are great examples of humanitarian deeds, community service and collaboration that serves the greater good of this community. We look forward to saluting these individuals and West End Pride on Saturday.”

The college provided 150 complimentary tickets to the West End Coalition to distribute to members of the community to attend the game, which will be the debut of its newly-remodeled stadium that features blue artificial turf.

The game begins at 5 p.m. A ribbon cutting for the new stadium begins at 4:20 p.m. and the West End Classic presentations will begin at 4:30 p.m. on the track at centerfield. There will be fireworks after the game.