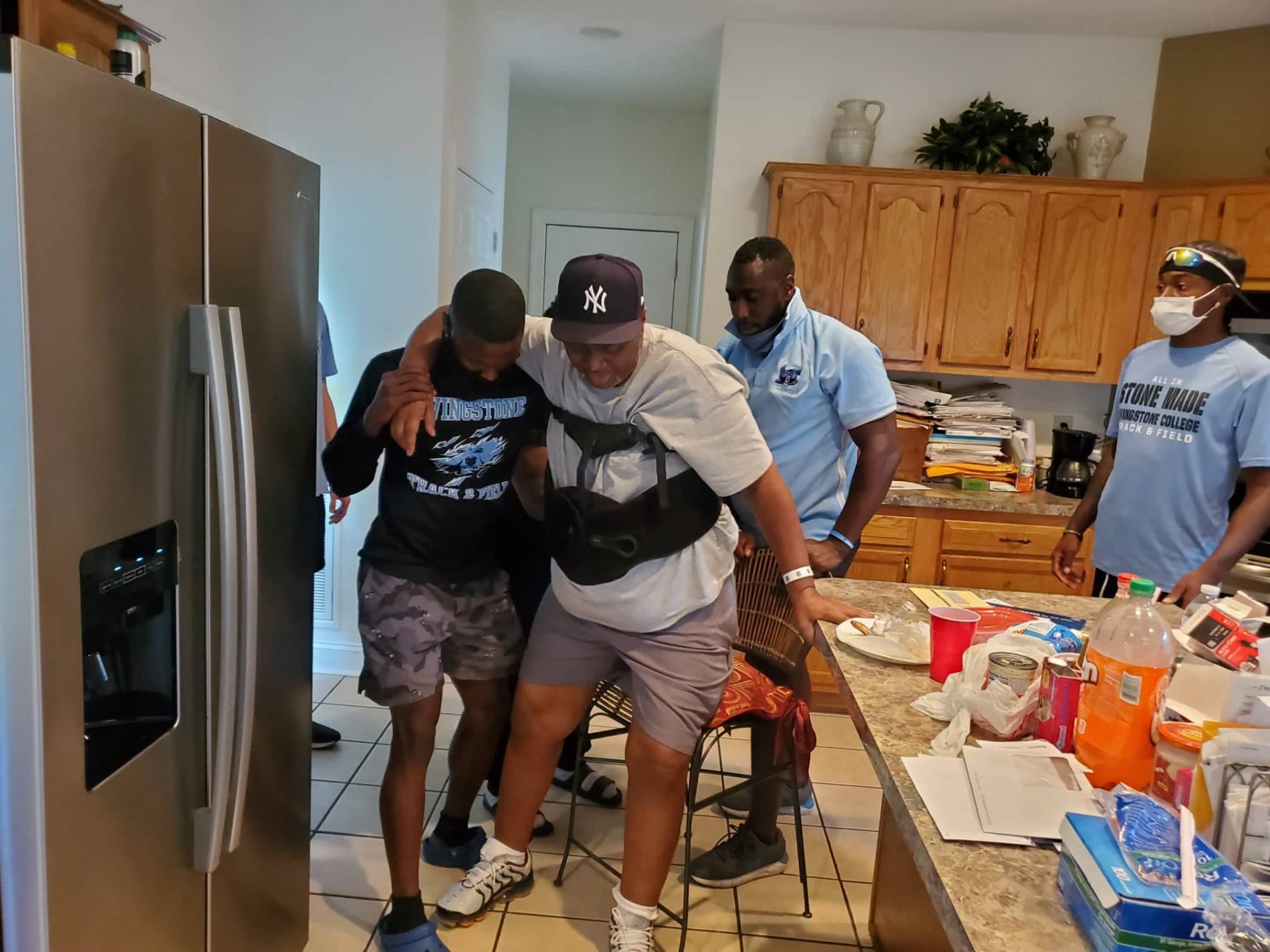 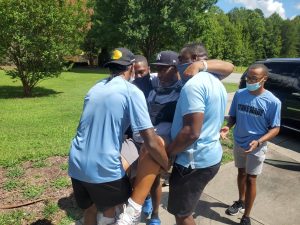 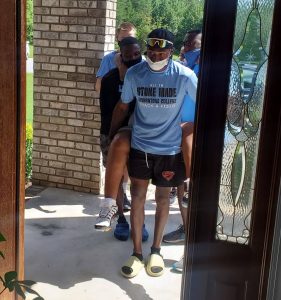 Members of Livingstone College’s track team sprinted into action on Wednesday to help an alumna and her husband.

Tara White has been by the side of her husband, Tito White, since July 15 at Wake Forest Baptist Hospital in Winston-Salem. He has been battling a rare cancer called leiomyosarcoma for the past seven years.

When Tara White learned on Tuesday that her husband would be discharged from the hospital the following day, she wondered how he would be transported into the house because his mobility is compromised. He has temporary immobility in one of his legs and their home is not yet handicapped accessible.

She called First Baptist Church of Salisbury to inquire about its ramp program. The church’s secretary connected her to Pete Teague, who is head of the Men’s Ministry, and the rest is no coincidence.

Teague and Tara White both share a connection to Livingstone College. Teague currently serves as special assistant to the president for community development there, and Tara White is a 1995 graduate of Livingstone.

Then the two realized they knew each other through the Rowan County Habitat for Humanity program. Tara White said she and her husband were the first married couple to move into a local Habitat for Humanity home, and Teague has been a member of the Habitat board since 1997, serving as president from 2001-2015.

Teague informed Tara White that the Men’s Ministry would need more time to respond to her request, but that he might be able to do something about her immediate need, which was getting her husband into the house.

Track team members Murphy Harmon, Keilan Strader, Jacob Adkins and Timothy Ridenhour, along with Davis, showed up at the Doral Court resident on Wednesday afternoon ready to help. The vehicle carrying the wheelchair and walker had not arrived so the young men literally picked up Tito White and carried him into his home.

“It meant the world to me,” Tito White said. “I appreciate these young men and I admire what they’re doing. They need to keep it up. Keep their hands in God’s hands and they can go anywhere.”

Jokingly, Tito White, weighing in at 250 pounds, said, “if these guys can carry me, they’re strong.”

“This has really made our day,” Tara White said. “This has truly been a blessing. You guys came through at the 12th hour. We were so overwhelmed by this act of kindness. I always say love is an action word and this was a genuine display of love in action towards my family and we are so grateful.”

Teague said this entire situation was the providence of God. “She calls the church. The church calls me. I’m at Livingstone and she’s a Blue Bear. We knew each other from Habitat. There are no coincidences in this story,” he said.

Teague said the Men’s Ministry will investigate a solution on how to get Tito White safely in and out of his home for as long as necessary.