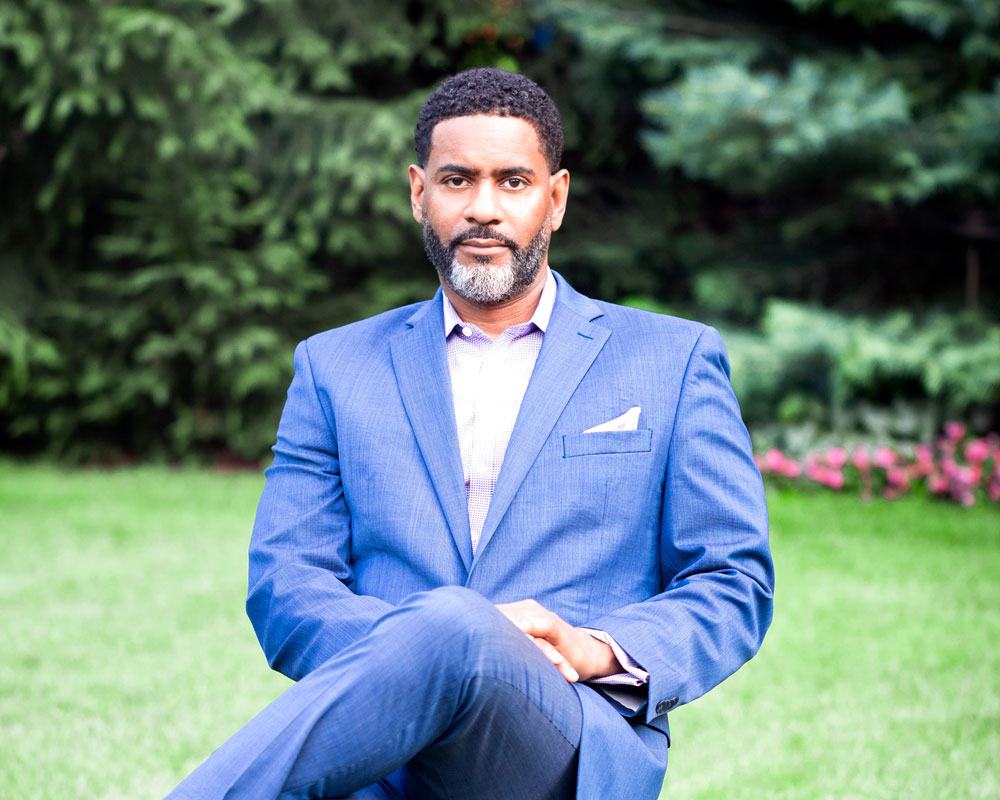 A third-generation warrior for civil and human rights will be the speaker at Livingstone College’s Fall Convocation.

The Rev. Dr. Otis Moss, III has served as senior pastor of Trinity United Church of Christ in Chicago since 2008, but is likely also known for a narrative documentary short film titled, “Otis’ Dream.”

The film, which was featured on Oprah Winfrey’s “Super Soul Sunday,” retells the story of Moss III’s grandfather, Otis Moss, Sr., who was denied the right to vote in 1946 after walking 18 miles to three different polling places. He died before he could ever vote.

Moss III, who was executive producer of the film, also wrote the original screenplay and story. His grandfather’s words, “Listen here, promise me, if you ever get the chance … vote,” was the inspiration for Moss’ father, the Rev. Dr. Otis Moss, Jr., to become actively involved in the Civil Rights Movement. He joined Dr. Martin Luther King, Jr. in the Selma march and witnessed the signing of the Voting Rights Act of 1965.

Moss III inherited that same spirit of civil rights and social justice as he routinely preaches and practices a Black theology that unapologetically calls attention to the problems of mass incarceration, environmental justice and economic inequality. He is part of a generation of ministers committed to preaching a prophetic message of love and justice, which he believes are inseparable companions that form the foundation of the Gospel of Jesus Christ.

A native of Cleveland, Ohio, Moss III is an honors graduate of Morehouse College, who earned a Master of Divinity from Yale Divinity School and a Doctor of Ministry degree from Chicago Theological Seminary.

He returned to Yale in 2014 to present the famed Lyman Beecher lectures. The three-day event included an in-depth discourse on the subject of “The Blue Note Gospel: Preaching the Prophetic Blues in a Post Soul World.” The lectures were the foundation of his book, “Blue Note Preaching in a Post-Soul World: Finding Hope in an Age of Despair.”

Moss III has a passion for preaching, which has led him into the classroom. His role as a visiting lecturer of homiletics at Mercer University’s McAfee School of Theology, helping preachers build and strengthen their own ministries, led to him being named a professor there earlier this year.

In 2012, he founded and is CEO of Unashamed Media Group, a faith-based, social justice collective production company that is dedicating to curating stories to inspire the heart and challenge structures that hinder human flourishing.

It was his company that produced “Otis’ Dream,” which has won eight film festival awards in the United States and United Kingdom including best narrative short, best documentary short, best musical score, best actor and audience favorite. “Otis Dream” is in pre-production for a feature-length film.

“Dr. Moss is the right fit for our fall convocation as it focuses on the freshman class and signals the beginning of their collegiate journey,” said Livingstone President Dr. Jimmy R. Jenkins, Sr. “His speaking style and talent to relate to young people with a bible-based message is what we need more of today to keep our students connected to spirituality and engaged in political action and social responsibility.”