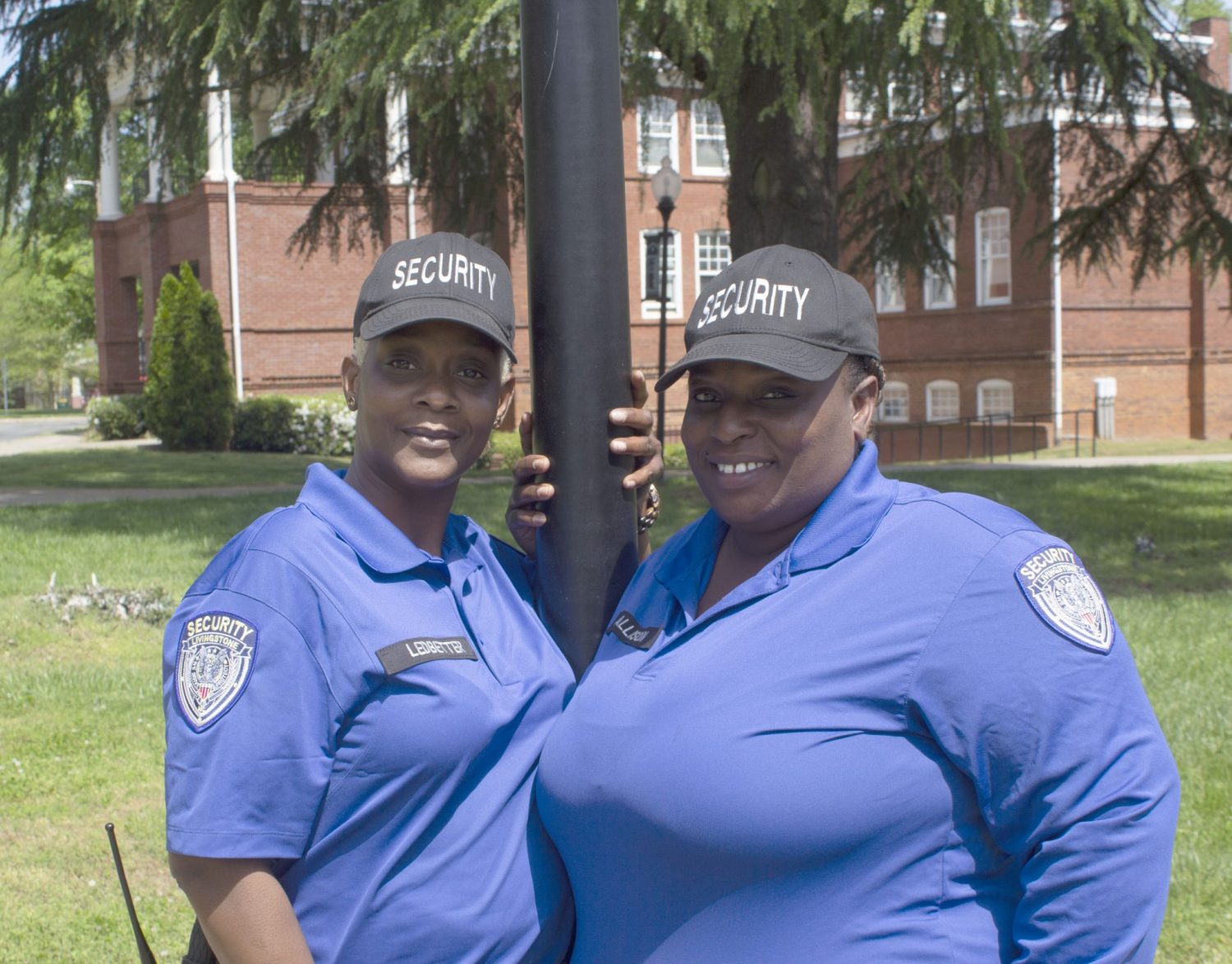 Officer: ‘You’re not leaving us here; not under our watch’

SALISBURY – Livingstone College security officers are credited with helping to save the life of a three-month-old child on campus Monday.

Ashley Dawkins, the child’s mother, was attending a presentation show by the sorority Sigma Gamma Rho at Varick Auditorium on Monday evening when her baby started aspirating.

She took her baby outside into the lobby and that’s when Livingstone College security officer Kia Allison, who was inside the security office located in the lobby, heard the mother yell that her baby was choking.

Allison said she and the mother ran outside with the baby. Allison alerted the officers at the security booth to call 911. In the meantime, the mother was suctioning out the baby’s mouth and Allison started chest compressions.

Officer Nyshika Ledbetter then got involved. “I flipped the baby over on her stomach. I was holding the baby in the palm of my hand while the mother was suctioning,” she said.

The mother then started performing mouth-to-mouth resuscitation on her child.

“Breathe into your baby!” Allison recalled telling the mother repeatedly.

The baby’s mouth was turning blue and her eyes were starting to roll when the child gave a faint cry, Ledbetter said.

“But the baby stopped crying and the mother started mouth-to-mouth again. That’s when the baby’s eyes opened up,” Ledbetter said. “We were praying and speaking life to the baby. We said, ‘You’re not leaving us here. Not under our watch on LC (Livingstone College) ground.’”

In the end, Allison and Ledbetter were joined by fellow officers Ricky McCoy and Kellie Crouch, who also assisted with the efforts.

First responders arrived on the scene and took over from there.

As of Thursday, the baby was in stable condition at Presbyterian Hospital in Charlotte. Her prognosis is good, said her mother. She expressed gratitude to the officers for helping her save her child’s life.

While both Allison and Ledbetter are certified in CPR and have 15 years of experience in healthcare as personal care assistants, this was their first rescue encounter with a child.

“Our motherly instinct automatically kicked in,” Ledbetter said. “It touches you differently when it’s a child, to actually experience life and death and see someone stop breathing. It was a miracle, and I thank God the baby is still here today.”

“I couldn’t sleep that night,” Allison said. “This baby was in my arms breathless.”

Livingstone Police Chief William Moody said he was “very proud of all of the officers who stepped up to assist the mother and child. I’m not surprised by what these officers did in the midst of this incident.”

Livingstone security officers are required to be CPR certified.

Dawkins’ aunt is a student at Livingstone College. Ledbetter realized a couple days later she was introduced just last month to the baby she helped saved. Also, Ledbetter wasn’t scheduled to work that day. She was called in to work security for the program.

“This was clearly a team effort involving the mother and our officers in stabilizing the life of this precious baby girl until paramedics arrived,” said Dr. Jimmy R. Jenkins, Sr., Livingstone College president. “We thank God the child is doing better and pray for her full recovery.”