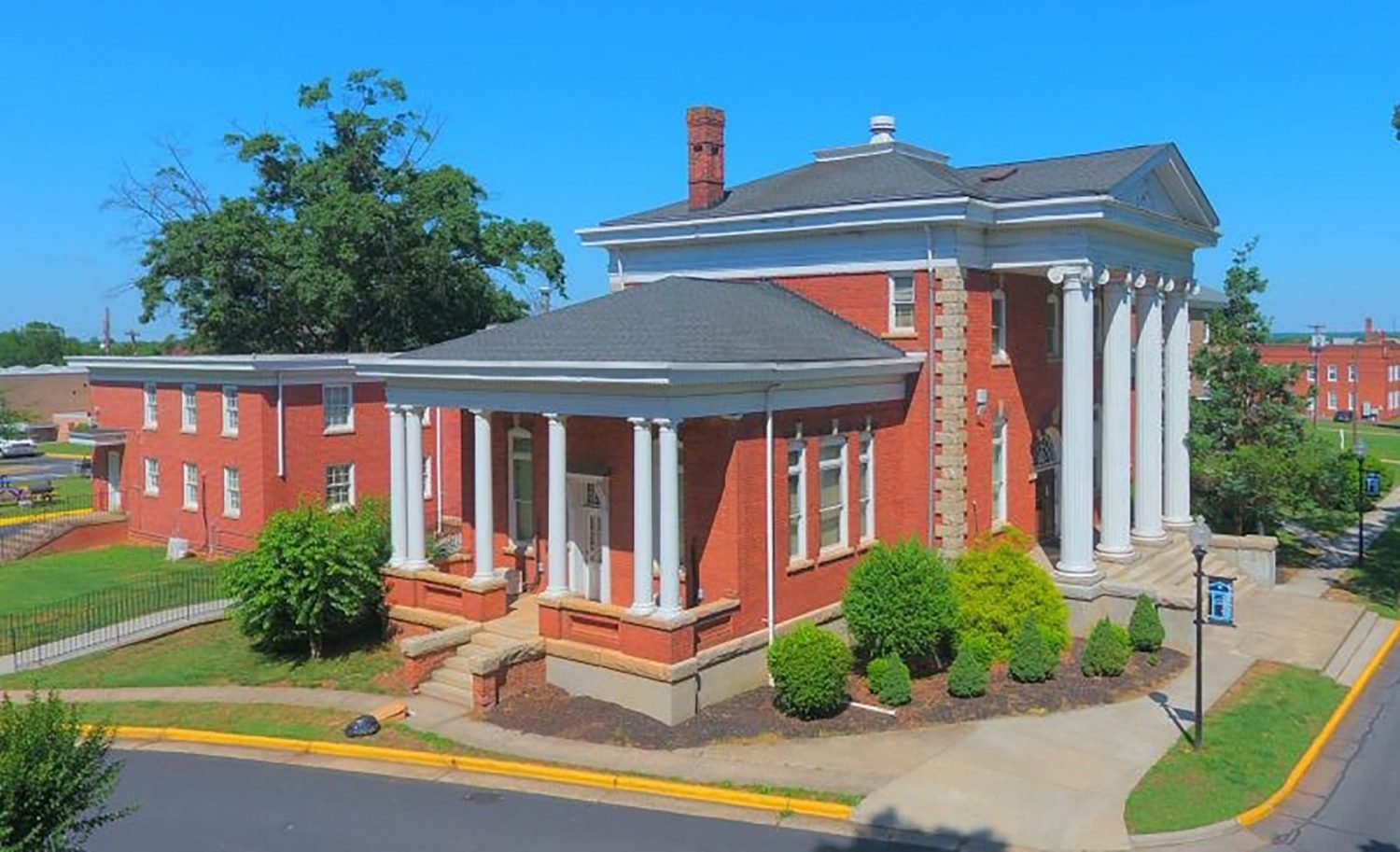 SALISBURY – In under two years, Livingstone College has been awarded a total $1 million to rehabilitate the historic Andrew Carnegie Library, located on its Salisbury campus.

The National Park Service announced the first award in August 2018. The second grant award was made this spring, a welcomed announcement during the coronavirus pandemic.

The award was made possible through the Historically Black Colleges and Universities grant program, funded by the Historic Preservation Fund, and administered by the National Park Service, Department of Interior. It is part of $7.7 million in grants to 18 projects in 12 states for the preservation of historic structures on campuses of HBCUs.

The first grant award was designated for Phase I, which included the engineering architectural survey, water infiltration work to stabilize the foundation, and roof repairs/replacement.

“We were able to complete the engineering and architectural survey of the condition of the building before the coronavirus pre-empted further work,” said Dr. Carolyn Duncan, Livingstone’s grant writer. “We expect work to proceed again in June.”

The recent grant will be used to complete Phase II, which includes installing an HVAC system to adequately heat and cool the building, keeping the climate at a temperature that will help extend the life of paper documents, which consists of  historical African-American archives and memorabilia; replacing outdated electrical wiring and increasing electrical outlets throughout the building; replacing obsolete light fixtures throughout and providing adequate lighting; situating Ethernet portals and internet charging stations for students and patrons; and repairing plaster and painting the inside of the building, Duncan said.

The library, listed on the National Register of Historic Places, is named after the 19th century industrialist and philanthropist, Andrew Carnegie, who funded many libraries with 18 of them being on the campuses of HBCUs. But there are only two academic libraries that were allowed to use the donor’s first name: the Andrew Carnegie Free Library and Music Hall in Carnegie. Pa., and Livingstone College.

Livingstone’s library was funded with $12,500 in 1905 at the behest of Booker T. Washington. The library was designed by Robert Robinson Taylor, the first academically trained African-American architect in the United States. Many of the bricks were fired in the campus kiln. Campus brick mason students laid many of the bricks.

“I am so pleased that we were able to get the additional funds. Now we will really be able to repair the infrastructure of the building and work toward our goal of making the Andrew Carnegie Library at Livingstone a repository for North Carolina history,” said Laura Johnson, Livingstone College library director.

Duncan led the project and at the time was vice president of academic affairs. Under her new role as director of grants, student scholarships and special projects, she has secured $1 million for the library as well as a $500,000 grant to help fix up the historic Monroe Street School, which is property of the college.

“Dr. Duncan and the grants committee are doing an outstanding job in securing the funds we need to bring our library up to date with 21st Century amenities while preserving its historical character,” Jenkins said. “We are grateful to the National Park Service’s program that helps to honor the legacy of HBCUs.”

More on the library

The Andrew Carnegie Library began in 1893 on the second floor of what was then known as Hunnington Hall. Dr. W.H. Golar, Livingstone president at the time, Dr. Booker T. Washington and Bishop George C. Clinton secured $12,500 from Andrew Carnegie in 1905 for the construction of the first library building on campus. The facility was dedicated in 1908.

Due to increased enrollment and expanding collections, the library’s size became inadequate. The first expansion was in 1948 thanks to a generous donation from the General Education Board. The second expansion occurred in 1958, doubling stack capacity and seating capacity. A third edition provided several luxuries, including carpeting for the floors, air conditioning and a new basement.

The library is used for college and community events.  It partners with community organizations such as the Rowan County Museum, the International Civil Rights Center and Museum in Greensboro, and the NC Digital Heritage Center to maintain and preserve its collections and provide information to the community to support patron access to documents about Livingstone College and African American history as residents of North Carolina.