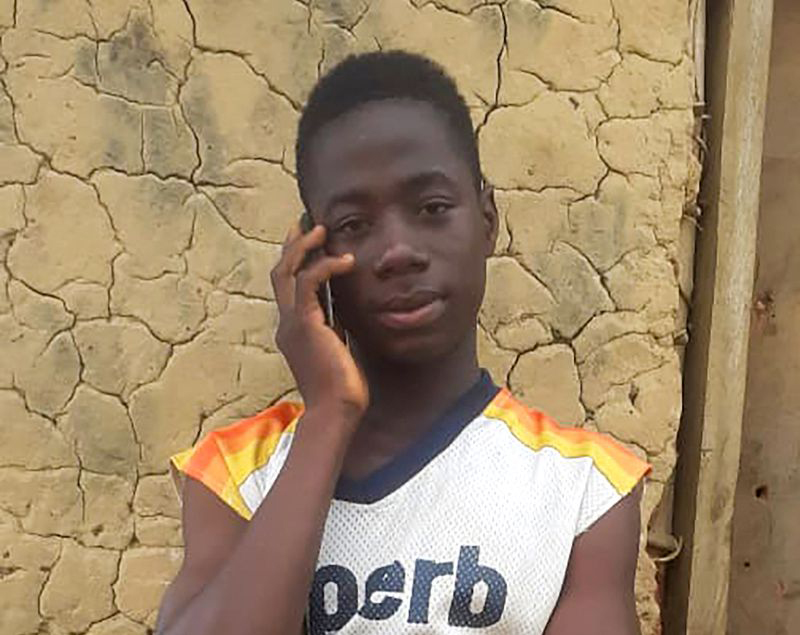 Liberian Ambassador to the United States to visit campus Wednesday

Livingstone College is offering a full scholarship to a Liberian teenager, who became a national hero in his country after finding and returning $50,000 to its rightful owner.

Emmanuel Tuloe, 18, was driving his motorcycle taxi in northeastern Nimba County on a highway when he saw a bunch of money wrapped in a plastic bag on the road. It contained $50,000 USD and $100,000 in Liberian money.

News reports say the teenager took it home and gave it to his aunt to keep until he found out to whom it belonged.

Later that day, the owner, businesswoman Musu Yancy, went on the radio appealing for the money to be returned, and he took it to her.

Tuloe’s gesture has earned much-deserved public commendations including from the President of the Republic of Liberia, Dr. George Manneh Weah, with whom he met in person on Oct. 18. The President said he would present the teenager with one of the country’s highest Orders of Distinction in a future ceremony.

Upon meeting the President, Tuloe was prepared to discuss one thing: his education. Like many teenagers in the country, Tuloe dropped out of school in the seventh grade to run a motorcycle taxi service to make money for his family.

Tuloe told President Weah on Monday that his desire was to finish his education. He also asked him to encourage other young people to leave the taxi business and focus on going back to school.

President Weah and his family personally offered a scholarship to Tuloe to attend any school of his choice in Liberia, up to the master’s level. Additionally, the president gave him $10,000 USD and two new motorcycles.

To further secure the young man’s future, Livingstone College in Salisbury, NC, is offering the teenager a full scholarship upon his completion of high school. Liberian ambassador to the United States George S.W. Patten, Sr., will visit Livingstone on Wednesday to meet with President Dr. Jimmy R. Jenkins, Sr., to thank the college for its generosity.

The historically black college has a longstanding history with Liberia through its founding denomination, the A.M.E. Zion Church, and through its collaboration with the Liberian Organization of the Piedmont (LOP), based in Winston-Salem, NC.

Livingstone College currently sponsors two Liberian students every four years through its partnership with the LOP. The college also supports A.M.E. Zion University in Monrovia as its international sister college.

“It’s the perfect complement to the work Livingstone is already doing in Liberia,” said Dr. James Hunder, LOP chairman of the board, who met with Jenkins on Thursday to discuss the proposition. “When I heard about this young man’s story, I thought of Livingstone College right away and knew Dr. Jenkins would be receptive to the idea.”

“Education is the surest vehicle for upward mobility in the world,” Jenkins said. “This young man clearly understands that. He could have asked for anything from his country’s president, but what he wanted most was to finish his education. He is a beacon of hope for his generation and for his country. We would be proud to have him among our student population.”

According to a press release from the Liberian Executive Mansion, President Weah called the young man “a prime example of what the Bible teaches us in Proverbs 22:1, that a good name is rather to be chosen than great riches.”

Tuloe faced criticism from his peers for returning the money with some mocking him, saying he will never get rich in his lifetime and die poor.

The owner of the money presented him with cash and materials valued at $1,500. Among his gifts was a mattress, which he said he would give to his grandmother.