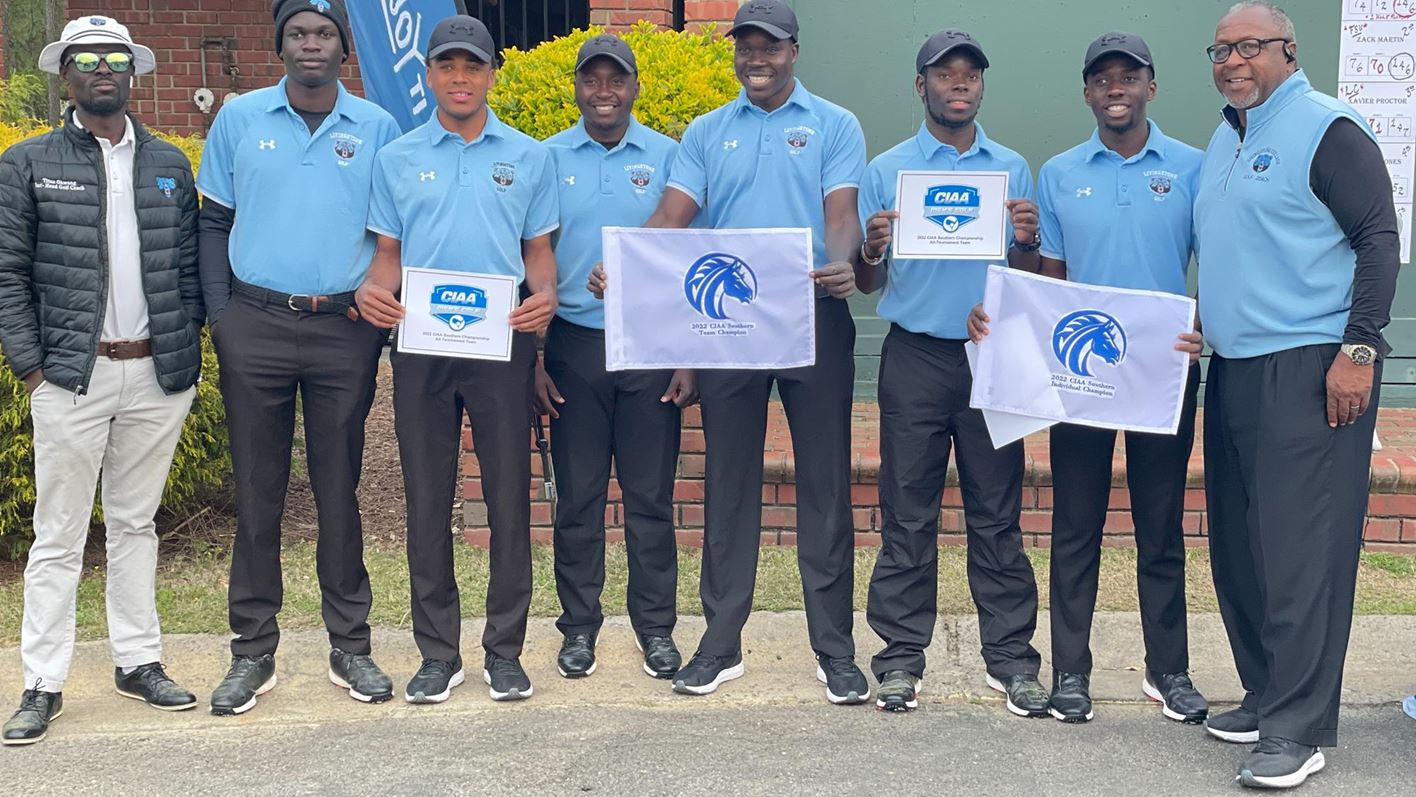 As Livingstone College’s golf team competes for the CIAA Championship title this week, it is already a winner in one regard.

Livingstone’s golf team ranks as the No. 1 HBCU golf team in the nation among NCAA Division II teams.

“We’ve never been ranked this high,” said Livingstone Golf Coach Andre Springs. “This is the best team I’ve ever had – pound for pound. All of them are good and they are real close. They compete against each other.”

Livingstone’s Jakisa Emmanuel nailed an eagle on the 18th hole to claim the individual medal to finish two over par (146). Emmanuel’s shot broke a tie with second-place finisher Zack Martin of Fayetteville State (+2, 146).

Emmanuel and Martin narrowly edged out Xavier Proctor of Livingstone, who finished in third place at three over par (147). Fayetteville State’s Brandon Jones (152, +8) and Livingstone’s Ronald Otile (154, +10) round out the top five finishers at the event.

The Blue Bear Golf Team have demonstrated a consistent winning spree in the conference, having won all four CIAA tournaments in which they participated. In addition, they participated in two out-of-conference events – Barton Intercollegiate and The Trojan Invitational – where they displayed phenomenal performances by finishing 5 of 10, and 6 of 11 teams, respectively.

“Our golf team’s performance shows that Livingstone College is marching forward on every side,” said Livingstone President Dr. Jimmy R. Jenkins, Sr. “We are a giant waking up and flexing our muscles.”