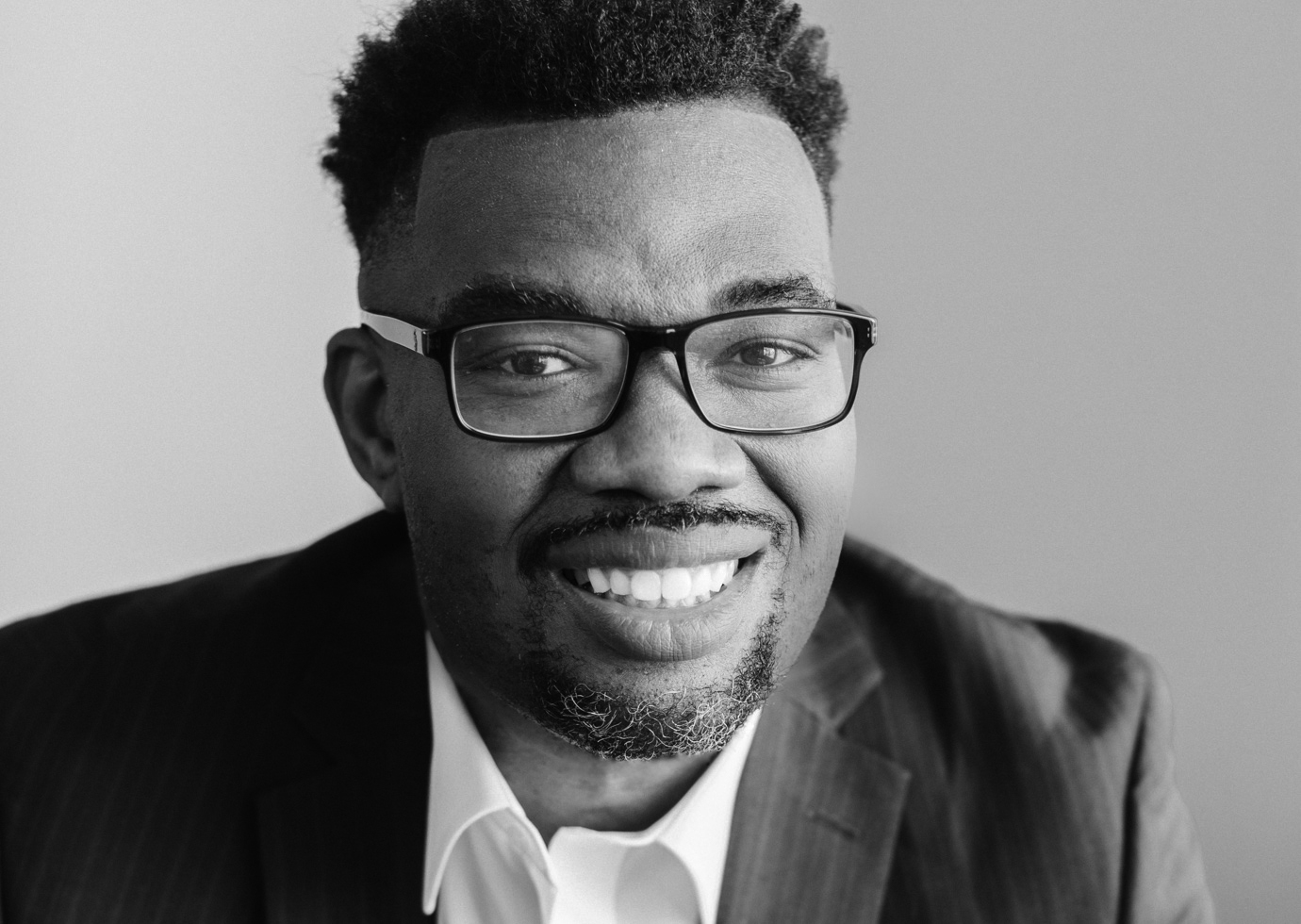 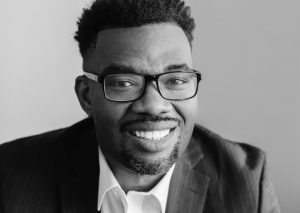 Robert Rooks is one of the nation’s premier criminal justice reformers with more than two decades of experience as a grassroots organizer, strategist and movement leader. He is an expert in building and scaling social justice organizations and has been instrumental in winning groundbreaking criminal justice reforms across the country.

Under his leadership, REFORM is promoting smart reforms that reduce unnecessary supervision and create pathways to work and wellbeing. REFORM has won major legislative reforms to transform probation and parole systems in states as diverse as California, Georgia and Mississippi and lifted up the experiences of people on supervision to educate the public and build support for broader change.

Prior to REFORM, he co-founded and served as the CEO of Alliance for Safety and Justice (ASJ), the largest state-by-state public safety reform organization in the nation; and served as Criminal Justice Director for the NAACP, where he launched the “Misplaced Priorities – Educate Not Incarcerate” campaign, partnering conservatives and liberals to reduce state prison populations.

In 2019, he was recognized for his pioneering work with a Champion of Justice Award by the Bipartisan Justice Center. 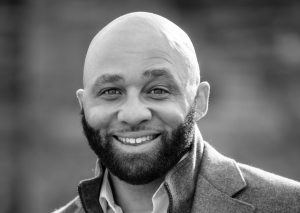 Louis L. Reed is the Sr. Director of Membership and Partnerships for the REFORM Alliance. He brings to the REFORM Alliance years of experience in government, criminal justice expertise, policy advocacy, public health, and personal impact, serving nearly 14 years in federal prison and several years on supervision.

Louis is a board-certified addictions counselor and licensed alcohol & addictions practitioner. Prior to joining REFORM, Louis was director of the National Organizing & Partnerships for Dream Corps JUSTICE (formerly #cut50), where he grew the nation’s largest bi-partisan grassroots advocacy and organizing coalition through the Empathy Network.

His experience in government includes conceptualizing and serving as director of the Mayor’s Office for Reentry Affairs in the City of Bridgeport, CT.

His policy reform experience includes leading advocacy for the historic First Step Act, and working with the Connecticut legislature for successful enactment of legislation related to expanding access to licenses for people living with criminal records, limiting asset forfeiture practices by law enforcement, and strengthening reentry practices and services for people returning from prison.

Louis has received many awards recognizing his work and leadership, including recognition by The Brigadoon’s 2020 top 20 influential leaders, and a 2021 Ebony Magazine Power 100 nomination. 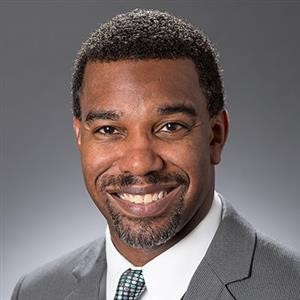 Stephen Bishop is associate director for probation and system transformation with the Annie E. Casey Foundation and part of the leadership team of its Juvenile Justice Strategy Group and Center for Systems Innovation.

Bishop leads the foundation’s investments and initiatives with youth justice system and community partners to ensure that young people exposed to the legal system can realize their potential, even when they make mistakes and violate the law in serious ways. Bishop’s portfolio includes leading Casey’s efforts to transform youth probation, end the youth prison model and reduce inappropriate and unnecessary use of secure detention.

Bishop started his career in youth justice as a juvenile probation officer and supervisor in Harrisburg, PA, followed by more than a decade leading statewide training, technical assistance and research programs at the Pennsylvania Juvenile Court Judges’ Commission. The Pennsylvania governor has appointed him to the state’s Juvenile Justice and Delinquency Prevention Committee and the PennSERVE Advisory Board.

He is the chair of the state’s Juvenile Racial and Ethnic Disparities Committee and a past president of the Pennsylvania Association on Probation, Parole and Corrections. Bishop has a Master of Science in Administration of Justice. 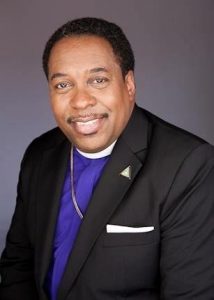 He was elevated to the episcopacy from Greater Centennial A.M.E. Zion Church in Mt. Vernon, NY, as the 99th bishop in succession in July 2012. He grew the congregation at Greater Centennial from a few hundred to more than 6,500 members.

Bishop Moore served two consecutive terms as president of the Mount Vernon Board of Education. He is also a founding chairperson for Save Our Seed Ministries, and a former member of the Westchester County African American Advisory Board.

A native of Mt. Vernon, NY, he began his college education at Livingstone College, graduating from Purchase College in Purchase, NY, with a Bachelor of Arts degree in psychology. He attended Yale University Divinity School for theological studies, obtaining his Master of Divinity from United Theological Seminary (UTS). He received his Doctor of Ministry degree from UTS as well as an honorary doctorate from Livingstone College. He has authored two books. 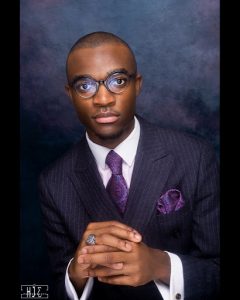 Justin Wade is the SGA president at Livingstone College. A senior, he is majoring in religion and philosophy.

He is an experienced associate minister at Greater Fellowship Missionary Baptist Church in Charlotte, where he received his minister’s license on September 25, 2015.

He serves as president of the Pre-Theologian Program, as well as secretary of the Male Champions for Change. Justin was inducted into the National Honor Society of Leadership and Success in 2019, where he serves as treasurer. He is a proud member of the Alpha Phi Alpha Fraternity Incorporated.

Justin was accepted into the Duke University School of Divinity Master’s Program and will begin his academic matriculation there this fall.

He is the president and founder of two conferences: Next Generation Expository Preaching Conference, which is dedicated to highlighting the call of God on young people who expound upon God’s Word and the Gospel of Jesus Christ; and The Forward Focus Youth Empowerment Conference: Empowering Young People To Build Their Vision.”

He is a native of Brooklyn, NY, and resides in Charlotte. 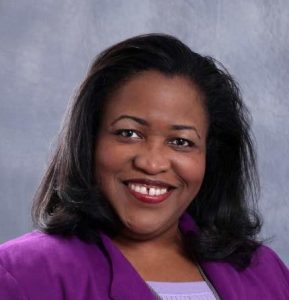 Georgette “Gigi” Dixon is a 27-year financial industry veteran and the head of External Engagement at Wells Fargo. In this role, Gigi is responsible for diverse stakeholder relationships, sponsorship activation, and advocacy and influencer strategies. The team’s mission is to advance Diversity, Equity & Inclusion by leading and amplifying Wells Fargo’s efforts externally to ensure that people across our workforce, communities, and supply chain feel valued and respected, and have equal access to resources, services, products and opportunities to succeed.

Previously, Gigi served as Head of External Relations as part of Wells Fargo’s Government Relations and Public Policy (GRPP) group, leading a team focused on outreach and stakeholder engagement across the country to address challenges facing our communities and the nation.

Prior to that, Gigi was the Senior Vice President, Sr. Director of External Relations for National Constituents to help them advance their missions and promote fair and equitable public policy ideas.

Since joining Wells Fargo in 1994, Gigi served as marketing manager for Wholesale Banking, Small Business Banking, Commercial Banking, Director of Emerging (multicultural) Markets and Director of Strategic Partnerships for the Wells Fargo Foundation. She also served on the Corporate Diversity Council for six years. In 2005, Gigi was recognized as one of U.S. Banker magazine’s Most Powerful Women to Watch.

She currently serves as a Vice Chair for the NAACP Foundation, Corporate Advisory Board member for UnidosUS, Chair of the Opera Carolina board of advisors and member of Delta Sigma Theta Sorority, Incorporated.

Gigi has a Bachelor of Science with distinction from Tennessee State University in speech communications & theater. She has certificates from the Boston College Carroll School of Management in Corporate Community Involvement and Nonprofit Leadership. 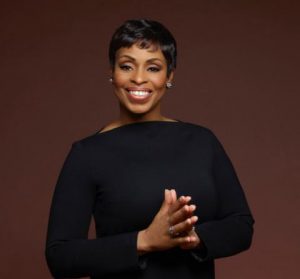 Karen Boykin-Towns built a reputation as a visionary and driver of strategic results. She brings demonstrated success in the areas of policy, advocacy, communications and proactive change management to the NAACP in her role as vice chair of the National Board of Directors.

Her goal is to apply and share her experience to make positive change. She serves as founder and president/CEO of Encore Strategies, LLC., a boutique consultancy focusing on integrating business and public affairs initiatives. A distinguished strategist, global business and civic leader, Boykin-Towns previously contributed her expertise across government, the nonprofit sector and Pfizer, a Fortune 50 global biopharmaceutical company, while also championing civil rights and social justice organizations.

At Pfizer, she successfully developed an integrated, global strategy resulting in internal progress and external recognition of the company’s advances in diversity and inclusion as a competitive advantage. Boykin-Towns concluded her time at Pfizer as vice president of Corporate Affairs for its $34 billion Innovative Medicines business, where she served as a member of the Senior Leadership Committee, which consists of the top 200 leaders in the global organization.

In her early career, she served as legislative director and then chief of staff to New York State Senator David Paterson, who later became the 55th governor of New York.

She has been featured in Black Enterprise, Bloomberg Businessweek, PR Week, WWD, Ebony Magazine, Crain’s, African American Career World, Black Her, Network Journal, and The Crisis Magazine. Savoy Magazine named her a “Top Influential Woman in Corporate America” in 2016 and in 2020, she was named “Woman of the Year” by Seeds of Fortune.