Livingstone College was founded as Zion Wesley Institute by a group of A.M.E. Zion ministers for the purpose of training ministers in the Cabarrus County town of Concord, North Carolina in 1879.

The Rowan County town of Salisbury, just 20 miles northeast of Concord, gave the Trustees a generous donation of $1,000 and an invitation to relocate the school in Salisbury. They accepted both gifts, and the College re-opened in Salisbury in 1882 with Dr. Price as President. The new site was J. M. Gray’s farm called Delta Grove, which consisted of one building and 40 acres of land. 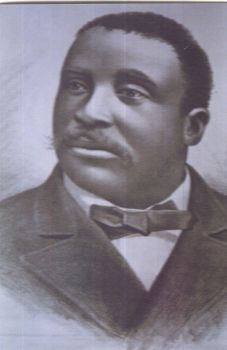 Few Individuals have made the impact on their times or left the legacy to their beneficiaries as did Joseph Charles Price, founder and first president of Livingstone College.

Born February 10, 1854 at Elizabeth City, NC, he rose to fame and world renown as a scholar, Christian Gospel Preacher, orator and shining example of selflessness in devotion to his people.

Here Dr. Price so excited and thrilled the people assembled until he was persuaded to remain in England and speak on behalf of the fledgling school the denomination had adopted through the General Conference. While in England he raised $10,000 for the college and returned in 1882 to embark upon the task of establishing and securing the institution.

Dr. Joseph Charles Price (1854-1893) was the founder and first President of the college. A brilliant scholar, great Gospel Preacher, world-famous orator, and advocate for the common man, Dr. Price sought to educate the whole man; his hands, his head and his heart.

During his ten years as President of the college, Dr. Price attracted students, friends and funds through the sheer power of his personality and Christian compassion. His great faith and hope for the future has been epitomized in this famous quotation of his: “I do not care how dark the night; I believe in the coming of the morning.”

Dr. Price served the college until his death in 1893, refusing positions of great prestige and attractive salaries to devote his life and energies to the college. He demonstrated faith in his people, and called upon all to seize the opportunity to contribute toward elevating the black man through generous support of educational enterprises. Three of Dr. Price’s grandsons survive him: Dr. Price S. Braithwaite of Los Angles, California, Mr. Charles P. Sherrill of Salisbury, North Carolina and Dr. Richard Sherrill of Virginia Beach, Virginia.

The annual observance of Founder’s Day in our churches not only honors his memory, but provides us the opportunity to join in perpetuating his work by supporting Livingstone College. 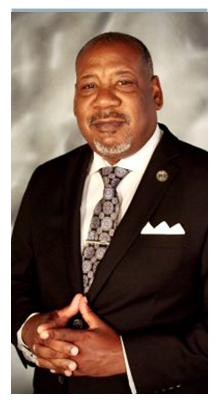 PAST PRESIDENTS OF LIVINGSTONE COLLEGE