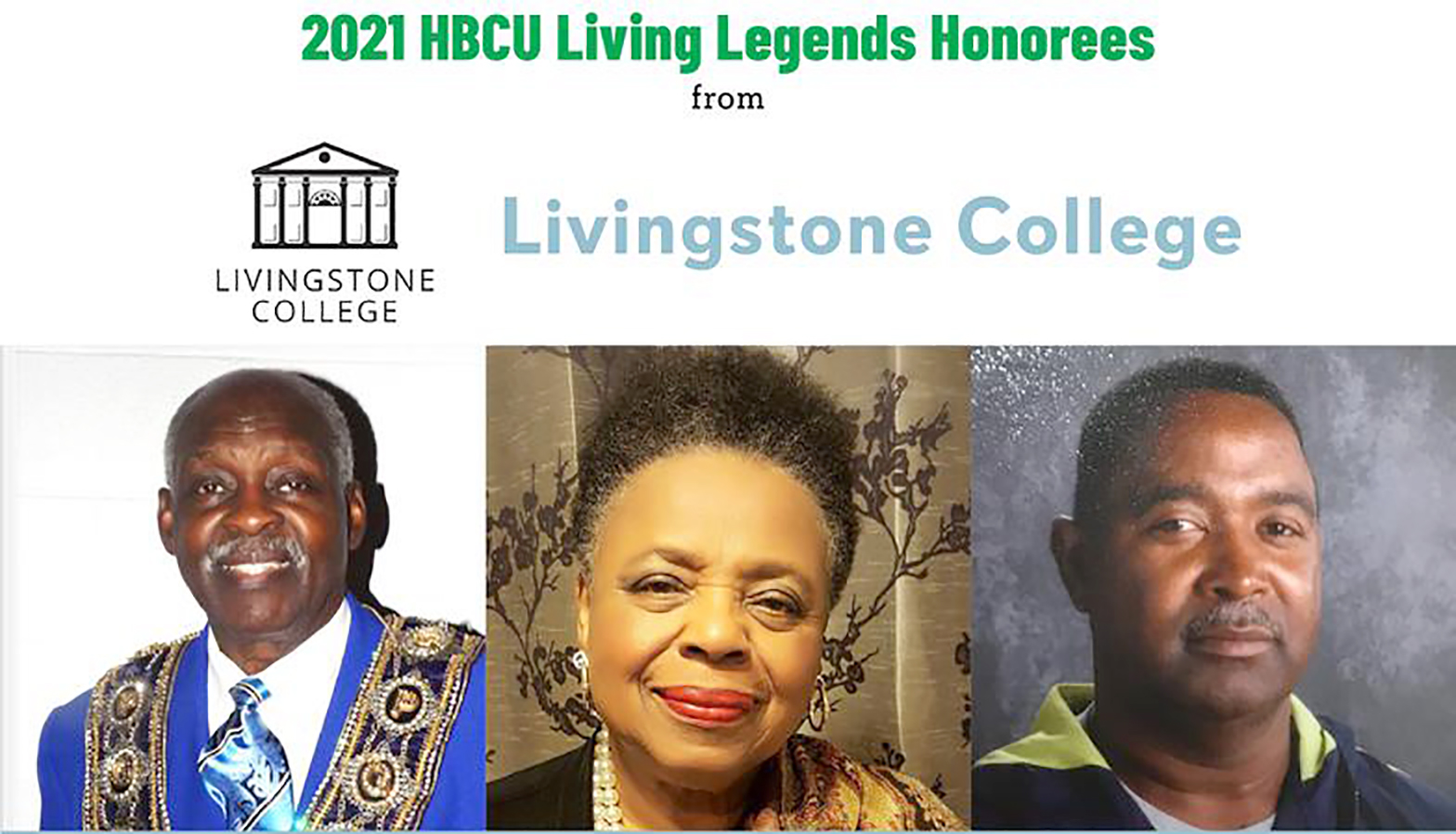 What do two former NFL players and a community activist have in common? They were each recently honored as HBCU Living Legends.

The event, the vision of William and Vanessa Hairston and other community volunteers, celebrates the significant legacies of North Carolina’s 11 historically black colleges and universities by honoring three alumni from each school every two years.

The purpose of the event is to provide scholarships to currently enrolled students of the state’s HBCUs. The funds are generated through the gala and an HBCU Living Legends calendar.

Students can apply for an HBCU Living Legend Scholarship by visiting www.hbculivinglegends.com

Jefferies, a graduate of Dunbar High School in East Spencer, became a four-year letterman at Livingstone College. He was named Coca-Cola Golden Helmet and Most Valuable Player, and was selected to the all-CIAA team three times out of his four years as a Blue Bear.

He is the owner and operator of Hardees Food System, and a member of the Grand Lodge Athletic Department, where he serves as softball director.

Kinard is a sought-after speaker whose career includes serving as an educator with the District of Columbia public schools; director of alumni affairs, director of enrollment management and dean of student affairs at her alma mater; and director of public relations for Barber-Scotia College in Concord.

After graduation, she went on to earn a master’s degree from the University of DC.

An active member of John Wesley AME Zion Church, she is president of the AME Zion Ministers Spouses and Widow(ers) Fellowship of the Philadelphia Conference and the Washington District.

His professional football career ended due to a knee injury. He is a K-8 physical education/health teacher, athletic trainer, and athletic director and coach with Brunswick County Schools.

He was inducted into the Livingstone College Commemorative Classic Hall of Fame; was Blue Bears Most Outstanding Offensive Back; a two-time CIAA Athlete of the Year; and is a member of Omega Psi Phi Fraternity, Inc.

In 1987, he launched a minority golf clinic to help young players develop golf skills in preparation for local and national competitions. He won CIAA Golf Coach of the Year in 1986, 1987 and 2015.

As a student at Fayetteville State University, he was the first freshman to win the CIAA Golf Championship and was named FSU’s Most Outstanding Freshman. He was MVP for three consecutive years and assisted his team to four CIAA golf championships.

He is a member of the United States Golf Teachers Federation; the National Negro Golf Association; and Omega Psi Phi Fraternity Inc. 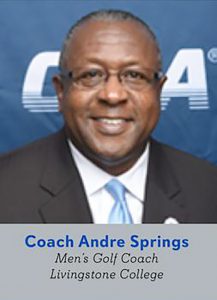